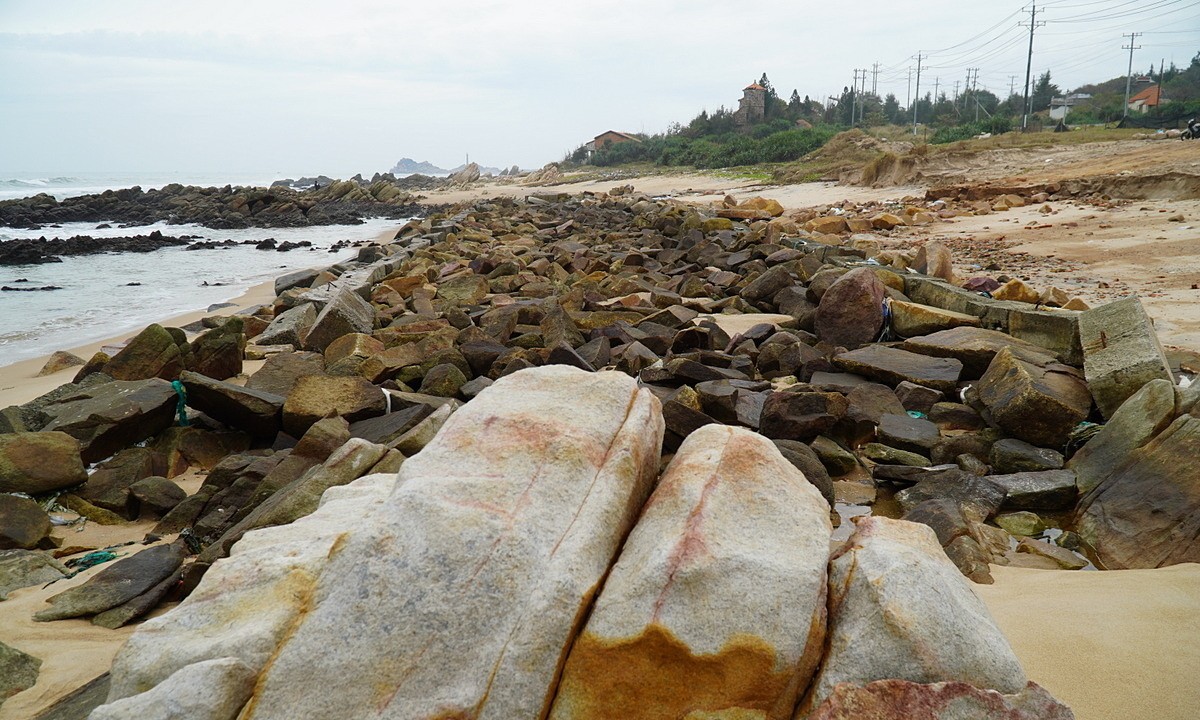 A popular reef along the Ke Ga Beach in the south central province of Binh Thuan has been destroyed by a private tourism project.

The natural reef, called Da Nhay (jumping rock), stretches more than 200 meters in Ham Thuan Nam District, with rocks of many different sizes and shapes lying adjacent to each other.

Its unique appearance and structure and location by the beach has been a tourist attraction for years.

However, residents of Tan Thanh Commune have reported parts of the reef being damaged, with blocks of natural rocks smashed and leveled on a section of around 30 meters.

The reef now looks no different than a heap of debris at some construction site, they’ve said.

Le Van Hung, 32, who fishes in the area, said such huge damage to the reef cannot be fixed.

"It is such a pity that the magnificent reef has been completely destroyed," he said.