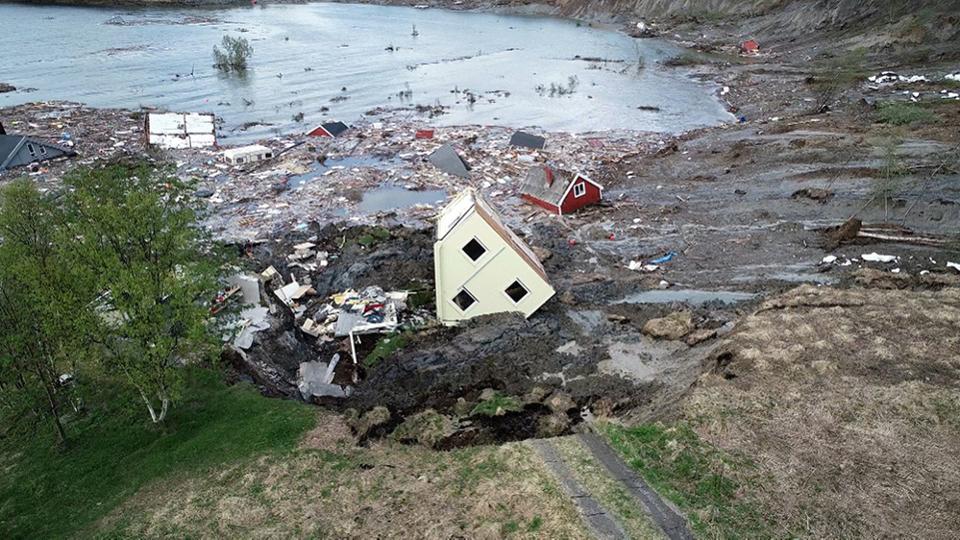 A powerful landslide of more than 2,000 feet in width has taken eight houses into the sea in northern Norway. The instability continued for several hours and one person was evacuated from a nearby property, but there have been no reports of injuries.

The landslide of more than 2,000 feet wide and 500 feet high occurred on the western side of Kråkneset in Alta municipality on Wednesday afternoon. The police were notified of the incident at 3.45pm and a rescue operation was immediately launched by air and sea.

A local managed to capture some of the event on camera. The video, featured in Altaposten, shows the sheer power of the land movement. One local described how he heard a bang in the loft of his cabin and assumed someone was in the building. “I ran for my life,” he said, once the situation became clear.