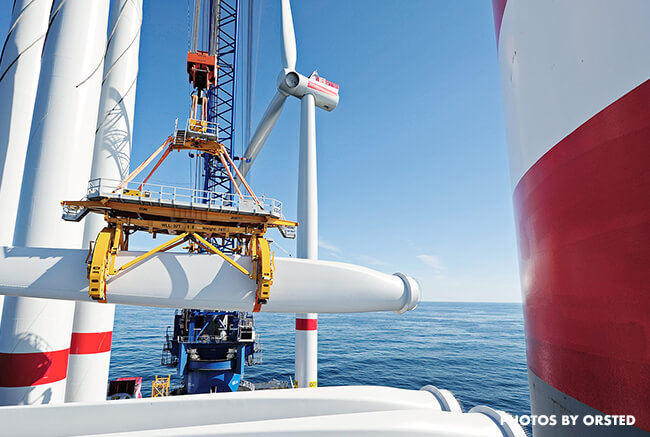 Maybe, if you squint really hard and the skies are clear, you might be able to convince yourself that you see them, out on the horizon: two turbines spinning far offshore of Virginia Beach.

You can’t, of course — the distance to the Dominion Energy-owned offshore wind outpost is too great. Bill Murray, a senior executive with Dominion, describes it this way: Imagine, he says, that the USS Wisconsin, a World War II-era battleship now docked at Norfolk, were to be beached at Sandbridge and from there fire its 16-inch guns, capable of traveling 21 miles. “Those guns could not hit these turbines,” said Murray.

Until recently, Virginia’s offshore wind dreams seemed to many an equally long shot. Dominion’s two test turbines, known as the Coastal Virginia Offshore Wind Pilot, were a decade in the making. During that time offshore wind boomed in Europe and China, but the U.S., preoccupied with the glut of natural gas unlocked by the shale revolution, made few inroads into the technology. Rhode Island’s Block Island wind farm was the nation’s first offshore wind venture in state waters; Dominion’s CVOW pilot 27 miles off the coast is the first in federal waters.

Today, however, U.S. enthusiasm for natural gas is wavering, and offshore wind has seen a dramatic upswing in interest. Roughly a dozen major offshore wind projects have been announced along the East Coast with the potential to provide 30 gigawatts of energy to residents of the Atlantic seaboard. Much of the activity has occurred in the maritime states of New England and the upper mid-Atlantic, especially Massachusetts, New York and New Jersey. The farther south you go, the less the idea seems to have caught on.