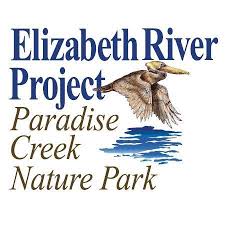 VA - Why a Norfolk nonprofit is moving to a flood zone

NORFOLK, Va. (AP) — As sea level rise has threatened homes and businesses in cities around the country, the philosophy has shifted from fighting the water to either living with it or retreating.

In Norfolk, the government has taken steps to abandon some of the most flood-prone areas to rising tides.

But now, one environmental nonprofit is diving right back into those waterlogged areas with a brand new building that not only can withstand flooding, but welcomes it.

The Elizabeth River Project, which advocates for restoration of the river that touches four South Hampton Roads cities, announced Wednesday its new headquarters would be a model for what building in waterfront areas can look like — one it hopes will inspire others to reinvest in threatened waterfront areas.

“No one that we know of has intentionally said ‘we’re going to redevelop on an urban waterfront in a floodplain that we know from scientist predictions will be underwater in 30-50 years,’” said the Elizabeth River Project’s executive director, Marjorie Mayfield Jackson. “We’re going to choose to go there because we want to be on the front lines of how do you live and work there.”

The planned $4.5 million three-story building will be at 4610 Colley Ave., replacing the defunct American Legion building and the decrepit marina on Knitting Mill Creek with a monument to resilience and a waterfront learning park.

The building will be elevated 10 feet above the ground, with parking tucked underneath. It will, naturally, be as green as can be — solar panels and high-efficiency systems will keep net energy consumption around zero, green roofs and pervious pavement will help minimize rainwater runoff.