Mid-Atlantic
Capt. Dave Portlock scoops shrimp into 10-pound bags at a dock in Virginia Beach after harvesting them from nearby ocean waters. Dave Harp 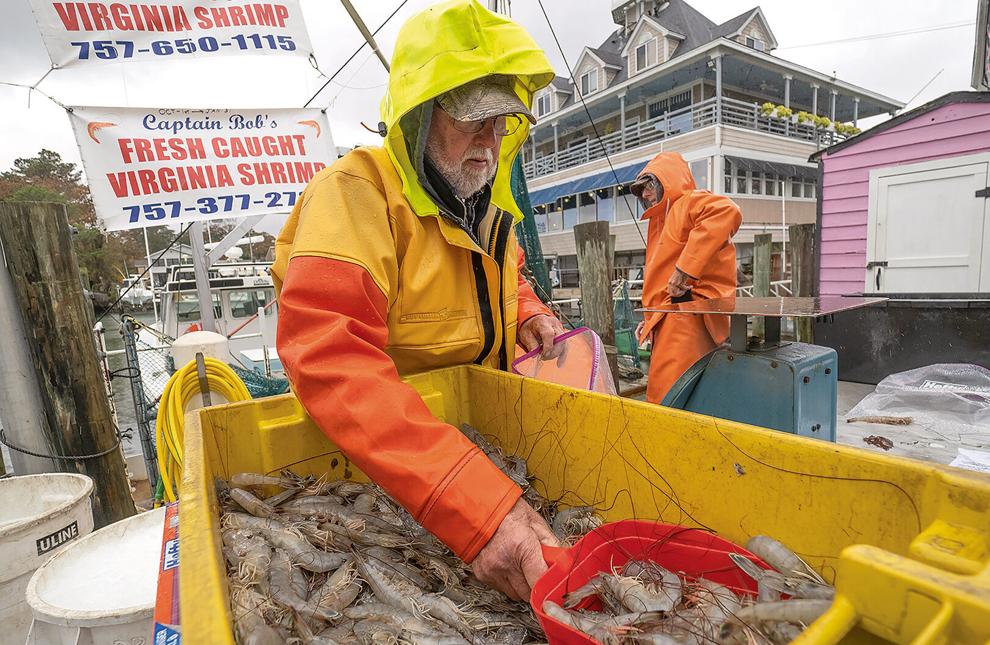 Large white shrimp — the kind that might star in a white-wine scampi — have been riding warmer waters into the Chesapeake Bay in growing numbers. Their increased presence could be the first culinary boon of climate change in the region (invasive blue catfish notwithstanding).

Though this larger shrimp species, commonly known as white shrimp or Gulf white shrimp, has historically been in the region, waters off the mouth of the Chesapeake Bay were until recently not warm enough to host large numbers of them, according to the National Oceanic and Atmospheric Administration's Fisheries Service. Warmer ocean temperatures over the last decade have been pushing the species more often associated with North Carolina fisheries farther north. Those numbers are now large enough to sustain a nascent commercial fishery off Virginia’s coast.

“I saw ’em when I was a kid, but it seems like there are more and more,” said Bob Crisher who, with his business partner Dave Portlock, was the first to get an experimental permit to trawl for shrimp in Virginia waters. The pair have been spending their winters bringing them in ever since.

This year, Crisher is one of a dozen fishermen hauling in boatloads of shrimp — which they call “green-tails” — to be sold fresh off their boats at Virginia Beach docks from Oct. 1 to Jan. 31. Though restrictions on trawling don’t allow such commercial harvesting inside the Bay, the shrimp are likely spending much of their life in Chesapeake waters before heading to the ocean in the late fall and early winter.