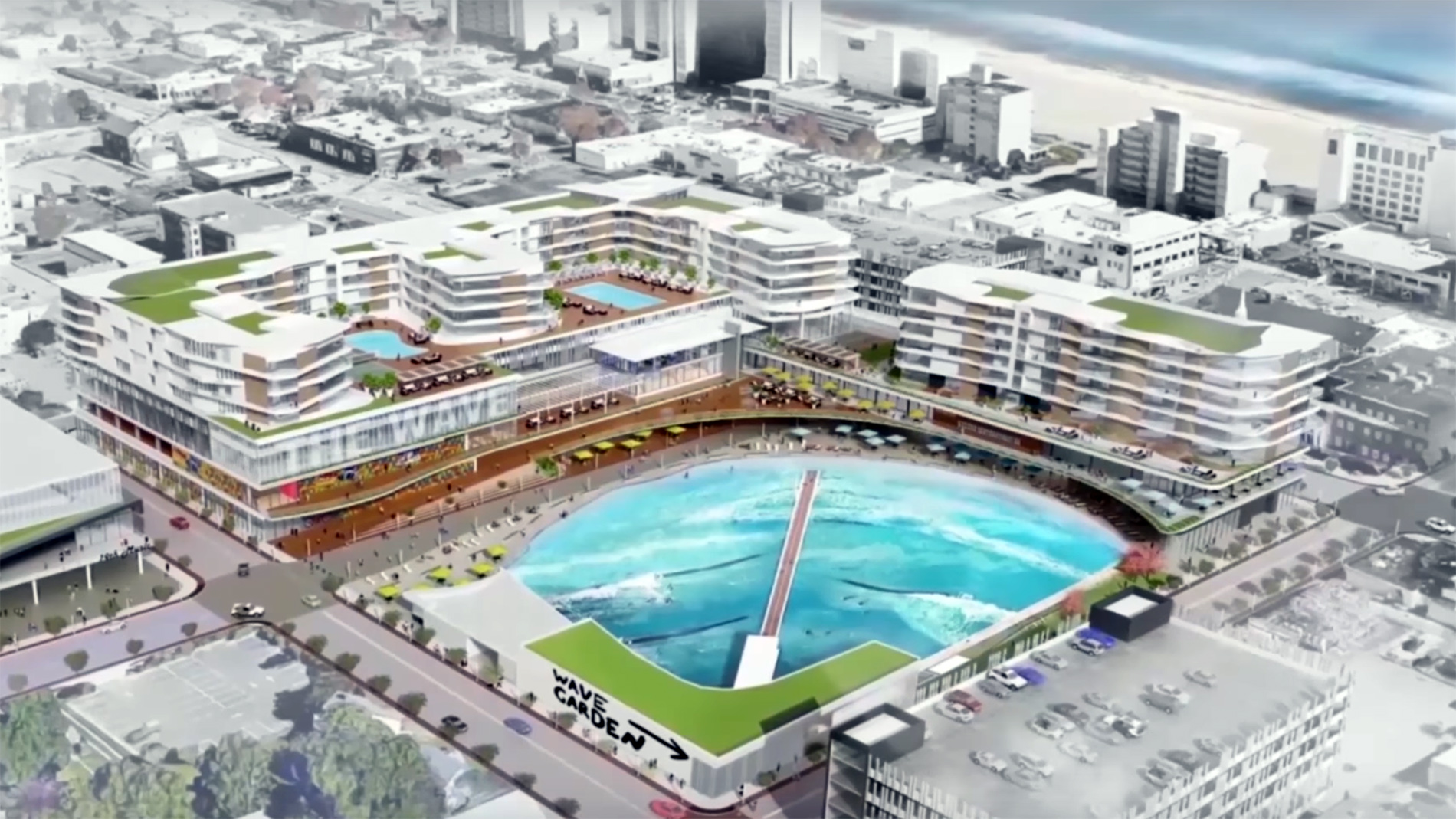 VIRGINIA BEACH — Building an entertainment venue on the old dome site at the Oceanfront will cost more than originally planned, and the developers of the surf park that would complement it need more time to obtain financing, according to city staff.

The growing price of concrete and steel have affected the bottom line of the Atlantic Park project.

“We’ve been in unprecedented times as it relates to commodities’ pricing associated with construction,” said Taylor Adams, director of economic development and a deputy city manager, during a public briefing to the City Council on Tuesday.

Venture Realty Group of Virginia Beach is partnering with pop star Pharrell Williams to build Atlantic Park between 18th and 20th streets at the Oceanfront. The land sits in the heart of the resort area. It used to be home to the city’s civic center, nicknamed The Dome, but it has been surface parking lots for more than 25 years.

Adams wants to give the developer more time to obtain financing. The project’s original cost estimate was $325 million. The new costs would push it to at least $340 million. Venture Realty Group was supposed to finalize construction plans in September. The new deadline would be June 1.

An additional $17.8 million is needed for upgrades to the streets around Atlantic Park, Adams said. The city already planned to inject $100 million into the project from tourism taxes to build the 3,500-seat entertainment venue and parking garages. The money would be paid back to Virginia Beach through the future revenues.