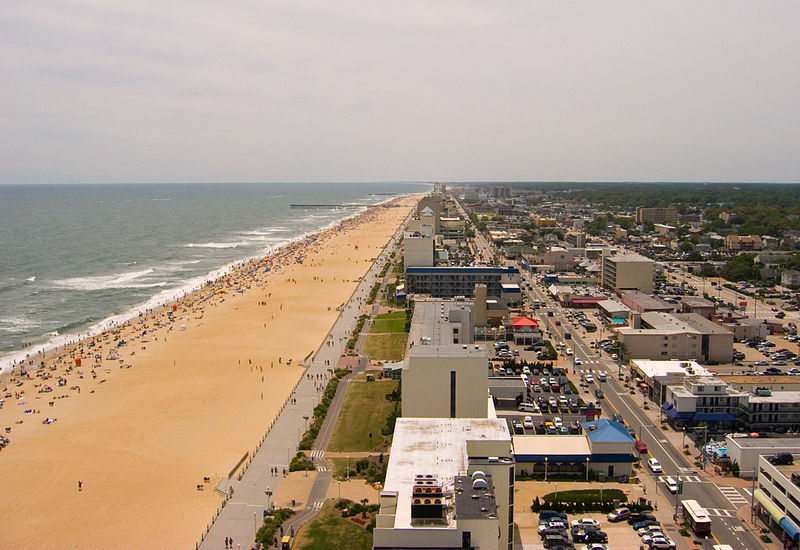 The engineering firm that oversaw Virginia Beach’s $3.8 million sea level rise and flooding study will take a leading role in developing Virginia’s Coastal Resilience Master Plan, a comprehensive roadmap for how the state intends to respond to rising sea levels driven by climate change in the coming years.

Democratic Gov. Ralph Northam’s administration announced Thursday that it has awarded a contract to Dewberry to work with the Department of Conservation and Recreation and other officials on the master plan, which is expected to be completed by November, just months before Northam leaves office.

Secretary of Natural Resources and Virginia Chief Resilience Officer Matt Strickler in a news release acknowledged the “ambitious schedule” to complete the master plan. Nevertheless he said he was “confident that we will finish this historic effort before the end of Governor Northam’s term.”

The Dewberry contract is for $2.6 million, said Northam spokesperson Alena Yarmosky. Other companies that will act as part of the Dewberry team are the Water Institute of the Gulf, GKY & Associates, Vision Planning and Consulting and the Miles Agency.

According to the administration, the latter three subcontractors are “Virginia-certified small, women-, and minority-owned subcontractors.”

Virginia unveiled a preliminary plan for how it intends to grapple with sea level rise this October in the form of a document known as the Coastal Resilience Master Planning Framework.

The framework, beyond laying out the “guiding principles” for how Virginia will enhance coastal resilience, organized the state’s coastal areas into four regions, surveyed efforts already underway and sketched out a framework for the development of the final Coastal Resilience Master Plan.

Critically, it also for the first time acknowledged that climate change is driving the sea level rise and flooding that threaten the commonwealth’s coastal regions.