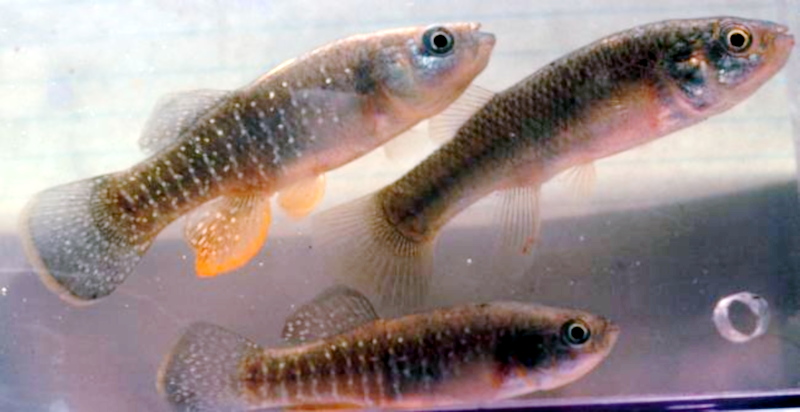 VA - This Tiny Fish Can Withstand Almost Anything

In Virginia’s Elizabeth River, the unremarkable-looking mummichog has survived decades of industrial pollution—but the price it has paid has worrying implications for human health.

Originating in the Great Dismal Swamp of Virginia, just south of the Chesapeake Bay, the Elizabeth River is turbid and brackish, its banks redolent with the nose-wrinkling stench of rotting vegetation. These muddy, pungent waters support an array of life—oak and maple trees, herons, otters, and oysters. But the Elizabeth empties into the massive Norfolk Harbor, making it ideal for shipping and shipbuilding; for decades, local industry spilled thousands of tons of creosote, a wood preservative made from coal tar, into the river.

Over time, the stench of tar and mothballs replaced the natural Eau de Liz. When the Duke University toxicologist Richard Di Giulio first walked along the Elizabeth in the late 1990s, its waters were some of the most polluted in the country. By 2009, there were half a dozen Superfund sites within a mile of the river.

Below the iridescent slime covering much of the river’s surface, though, a greenish minnow-size baitfish called the mummichog—also known as the Atlantic killifish—was managing to eke out a living in the waters that abut the Elizabeth’s Superfund sites. For Di Giulio and others, the mummichog is a case study in the costs of survival: The fish have managed to endure in the river, but some have undergone fundamental genetic changes.

For the humans who continue to live along the Elizabeth’s shores, mummichogs raise uncomfortable questions. A 1990 study discovered that one-third of the mummichogs from a notoriously polluted site had liver cancer, and more than 90 percent had precancerous lesions—rates that declined precipitously following cleanup efforts. Some residents wonder: If the chemicals in the Elizabeth have done all that damage to the fish, what are they doing to us?