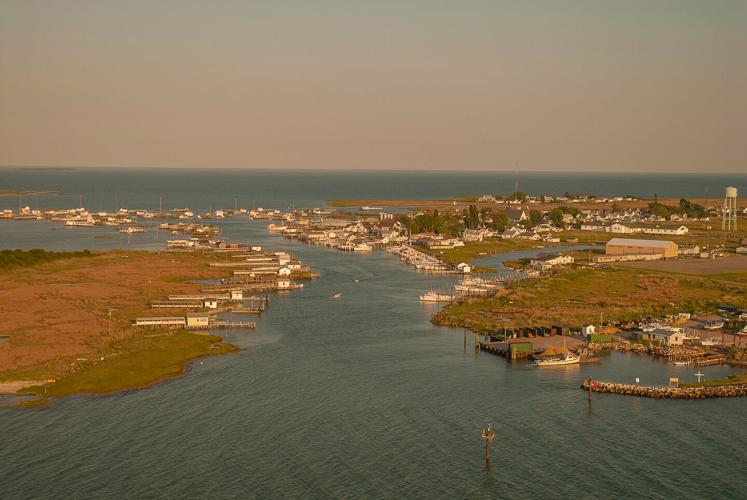 VA - Tangier Island Could Get $25 million to Help Save Shorelines

A long-awaited, large-scale fix could soon move tons of earth to help save Virginia’s Tangier Island from disappearing beneath the Chesapeake Bay. But Congress will have to move first.

The latest version of the U.S. Senate’s 2023 appropriations bill includes $25 million for a project that would repurpose dredge spoil into earthen barriers along Tangier’s shoreline. Officials say the aim is to shield the island’s most vulnerable spots from further erosion, a longstanding problem exacerbated by sea level rise.

“It’s very, very early in the process,” said Greggory Williams, a U.S. Army Corps of Engineers official based in Norfolk. “It’s very conceptual at this point.”

Sen. Tim Kaine, a Virginia Democrat, visited the island Aug. 31 to tout the home-state funding proposal. He acknowledged that several hurdles remain for the bill, including passing the full Senate vote and then getting rolled into the House’s appropriations package. But he is optimistic.

“The good news is we finally have a way in the budget to get not just a little bit [of money] but a lot,” he told a group of about a dozen Tangier residents gathered under an awning next to an ice cream shop on the island.

Kaine was referring to the process that allows legislators to nominate local projects for funding. The practice, used by Kaine to propose the Tangier spending, returned to Capitol Hill last year after criticisms of so-called “pork barrel spending” sent it to the political sidelines more than a decade ago.

In a community famous for its GOP support—Donald Trump captured 88% of the town’s 236 votes in the 2020 election—Kaine’s spending proposal received a mostly positive reception.

If the project goes forward, sand and muck would be hauled from the Cape Henry Channel at the mouth of the Chesapeake Bay, Williams said. The Army Corps dredges the channel regularly to maintain navigation for large vessels bound for the ports of Baltimore and Virginia.

Where that dredged material would be placed is far from decided, but officials point toward two leading candidates. One is on the eastern side of Tangier, where the land has crept so far inward that residents say saltwater routinely sprays onto homes. The other is along the northwest side of a marshy island, just north of Tangier, that is splitting in two.

“Essentially, you’re trying to reduce the energy of the waves coming in,” Williams said.

The project, he added, would be similar to the restoration of Poplar Island in Maryland. There, the Army Corps constructed walled “cells” and has been filling them with material dredged from the channels leading to Baltimore. The island, which had eroded to just a few acres of land, is on target to reach nearly 1,700 acres, all of it protected for bird and wildlife habitat.