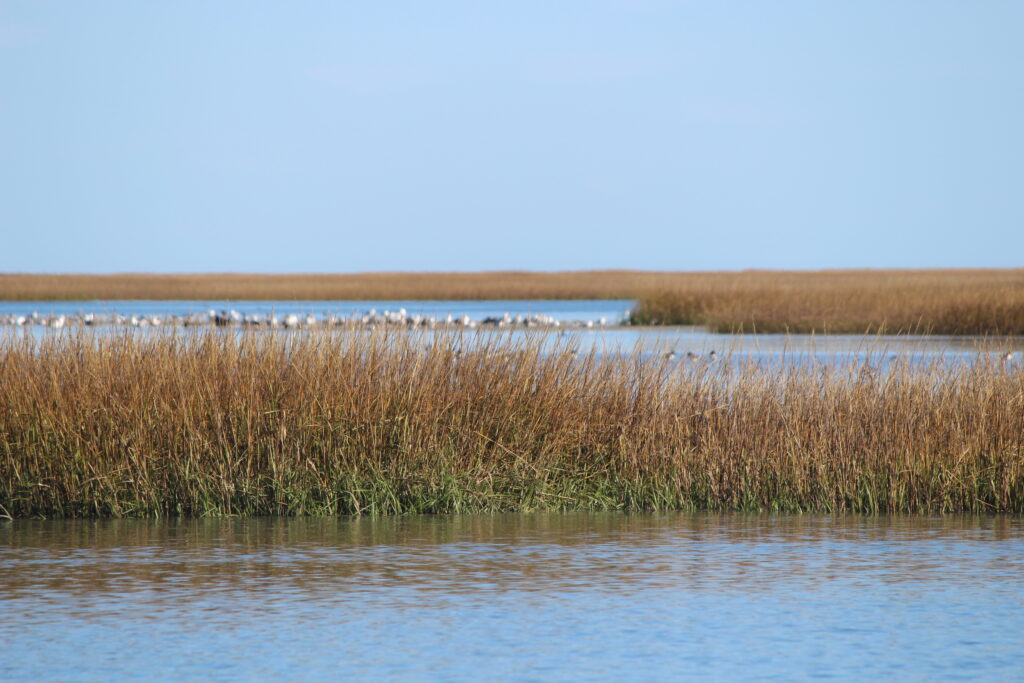 Without state conservation measures or global emissions reductions that could slow the pace of sea level rise, Virginia could lose 42 percent of its tidal wetlands by 2100, researchers with research nonprofit Climate Central found in a study published last week in Environmental Research Communications journal.

State and local government decisions about whether to conserve land along coastlines where wetlands can migrate as sea level rises will be “a decisive factor in the sort of outcomes that we will likely see this century,” said Benjamin Strauss, one of the authors of the study and Climate Central’s chief scientist and CEO.

Coastal wetlands, which are also known as tidal or salt marshes, are critical ecosystems that not only serve as a home to an array of fish, plants, birds and other species but store carbon and protect communities from encroaching seas.

One study found that wetlands along the northeast coast of the U.S. avoided $625 million in damages from Hurricane Sandy in 2012.

Sea level rise, however, is now posing an existential threat to many of these ecosystems.

Tidal wetlands are capable of expanding their size both by growing vertically and by “migrating” farther inland, with former marshes transformed into open water and former dry land transformed into wetlands — a conversion already underway on Virginia’s coasts.

But if the pace of sea level rise outstrips the pace of upward growth, or if there’s no land backing up the marshes into which they can move, the wetlands drown in place and are lost.