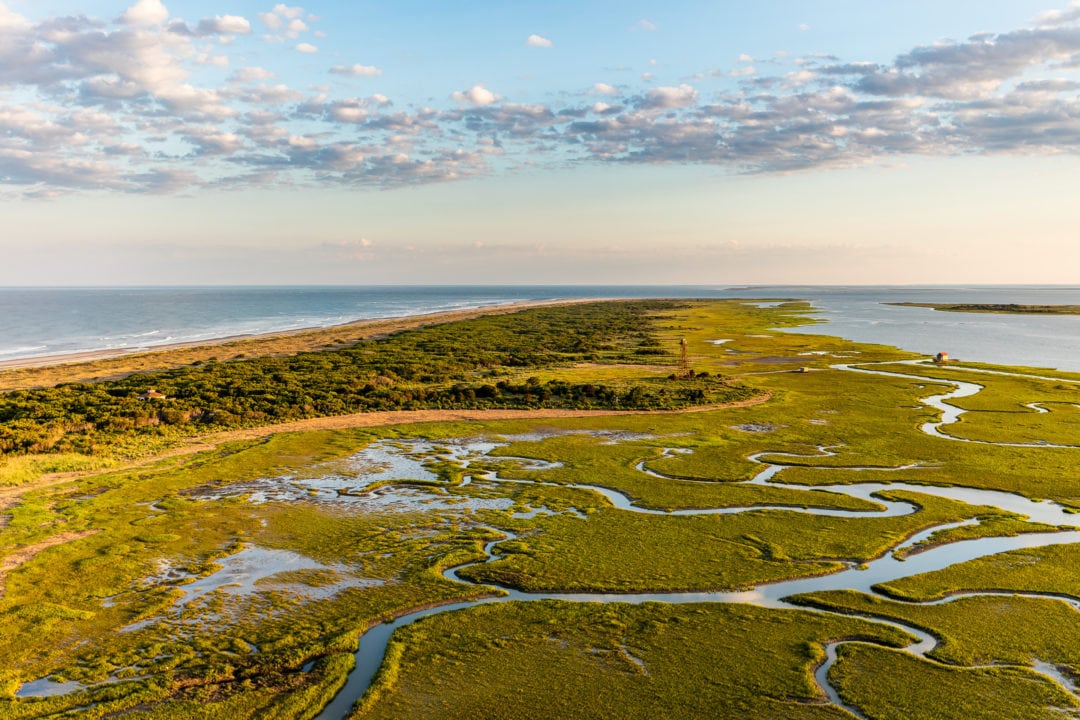 Scanning the sparse street signs, I drive slowly through the hamlet of Willis Wharf on Virginia’s Eastern Shore until I find what I’m looking for: Hog Island Lane. In 1933, an unnamed Atlantic hurricane wiped out much of Hog Island including the maritime forest of pine trees that held the sand in place. In the late 1930s, when the residents realized it was no longer safe to stay, six houses were loaded onto barges and transported from the barrier island to Willis Wharf.

Today, the six Hog Island houses have been expanded and updated. Even in its prime, when 250 people lived on the island, the residents had no electricity or running water. As I look at the houses, I wonder what’s ahead for other similar coastal communities. Climate change is causing sea levels to rise everywhere and weather has become increasingly violent and unpredictable. Will other coastal dwellers need to follow the Hog Islanders’ lead?

Along the Eastern Shore of Virginia, 23 barrier islands stretch for 70 miles—from the southern end of Assateague Island all the way to Fisherman Island, where the Chesapeake Bay Bridge tunnel crosses the bay to Virginia Beach. Barrier islands, by nature, are constantly on the move. Their presence and changeability help the coastline absorb storms and keep the mainland residents—those inside the islands and marshes—safer.