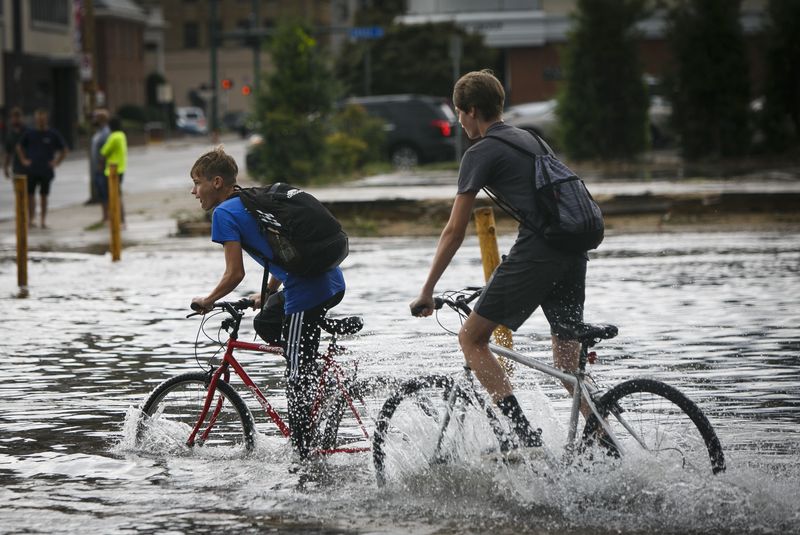 A majority of likely voters view flooding and climate change as serious threats to Virginia and its economy — and want the state to do more to combat the issues, a new poll shows.

The poll shows that many voters believe those are pressing concerns the government needs to address, with nearly half of the polled coastal voters reporting they believe sea level rise will directly impact them in the next decade. A little more than 60% of statewide voters said flooding and climate change already are having a “serious impact” on the commonwealth, according to the poll. And 62% of likely voters consider flooding a serious threat to Virginia’s economy.

Emily Steinhilber, the director of Virginia coastal resilience for EDF Action, the advocacy partner for the Environmental Defense Fund, said the polling results show these are bipartisan issues that matter to those living on the coast and throughout the rest of the state.

The survey was conducted by Global Strategy Group, with 900 interviews conducted throughout the state — 421 of those participants were from coastal Virginia. The margin of error at the 95% confidence level for statewide likely voters is +/- 4.0% and 4.8% for coastal voters. EDF Action paid for the poll.

Since 1960, Hampton Roads has seen more than a foot of sea level rise, with the rate of rise accelerating in recent years, according to tide gauge data from Norfolk’s Sewell’s Point. Research projects that it will become even steeper in the coming decades. The region also is seeing significant storms more frequently.

“Voters across the commonwealth understand that climate change is a now issue, it’s not a future issue,” Steinhilber said. “It’s impacting our communities and our people and the way we live — today.”