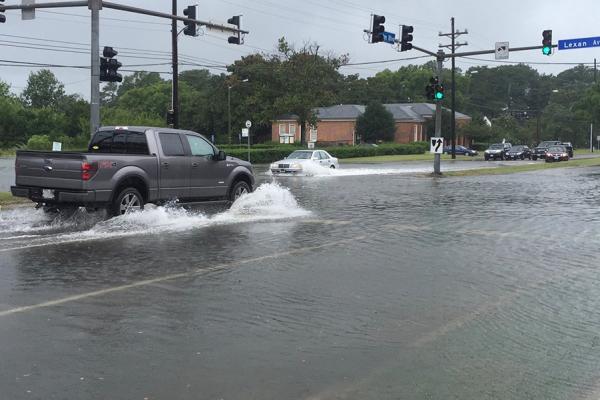 VA - Rising to Meet the Tide

Christina Laughlin usually does whatever she can to avoid the flooding that plagues her neighborhood in Norfolk, Virginia, on the Chesapeake Bay.

But on a blustery Sunday morning in October 2019, she donned a windbreaker and rain boots, grabbed her battered smartphone, and deliberately headed straight to the high-water line.

Like her, hundreds of other locals were out and about that day, busy taking photos of the water and linking them to GPS markers during the year's highest astronomical tide, known as the "king tide." Norfolk is one of several eastern U.S. coastal cities with record rates of sea level rise, and scientists hope that the data collected by these citizen scientists can help hone the ability to forecast exactly when and where damaging floods will occur.

Low-lying mid-latitude cities like Norfolk are especially vulnerable, says geographer James Voogt of the University of Western Ontario, one of the authors of a 2020 article in the Annual Review of Environment and Resources on climate events in urban areas. "You've got three things operating in the direction that increases the vulnerability of a city to flooding events," he says: sea level rise, increased chances of severe precipitation events, and an abundance of impervious surfaces that prevent water absorption and encourage runoff.

As early as 2050, climate scientists predict, the average high tide in the Norfolk area will be equal to today's king tides. But it's not just the mid-Atlantic region: Many other parts of the world will be increasingly prone to floods that risk lives and property. So understanding and accurately forecasting flood risks tied to extreme weather and rising tides is a key challenge for vulnerable cities around the globe.