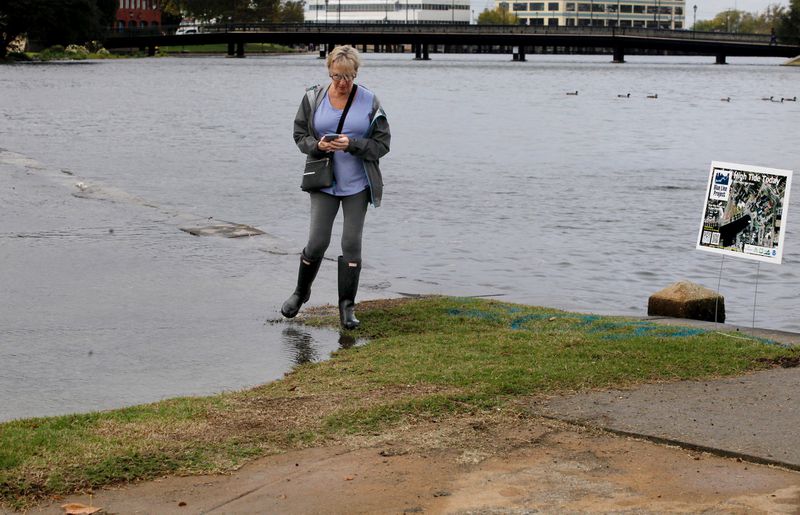 VA - Opinion: Virginia Making Progress on Sea Level Rise, but Much More to Do

Every fall, with the moon closest to the Earth, Virginia experiences its highest tides of the year.

These so-called “King Tides,” show us where tomorrow’s water will be on a normal day.

Every fall for the last four years, hundreds of citizen scientists have turned out to map the flooding caused by those tides, as they did in mid-October this year.

Former Virginian-Pilot reporter Dave Mayfield thought up this “Catch the King Tides” project as a way to organize a group of tide mappers intent on catching the King Tide on this highest predicted tidal surge of the year. That community of mappers has grown and spread across Virginia’s costal region, stretching from Lewisetta to Sandbridge.

The King Tide effort uses Wetlands Watch’s smart phone mapping app to collect flood data, which is then sent to the Virginia Institute of Marine Science to perfect their tide prediction system. This King Tide project is also creating a community of people who, through their collective action, are working to solve Virginia’s flooding problems.

This year the commonwealth of Virginia joined the King Tide community as another partner in this collective effort, following in the footsteps of the flood mappers to address sea level rise.