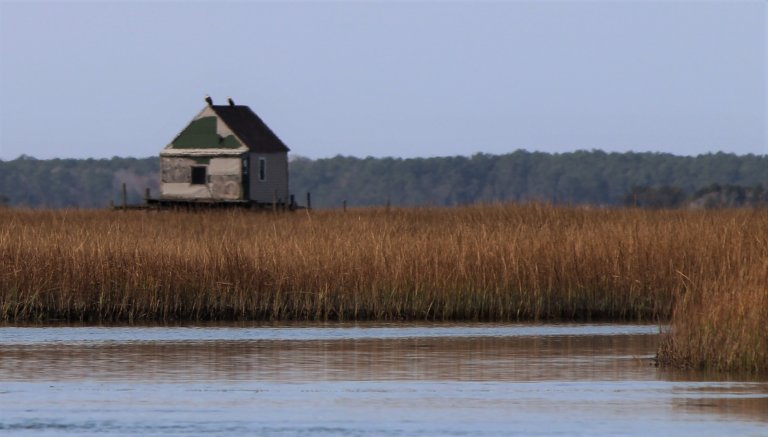 The geography of Mathews County was carved by catastrophe.

Thirty-five million years ago, a meteorite or comet tore through the Earth’s atmosphere and slammed into its surface somewhere between the county and what is now called Cape Charles. In the ruin it left behind, the Chesapeake Bay would form. Mathews, at the very tip of Virginia’s Middle Peninsula, remains one of the state’s lowest-lying areas, surrounded on three sides by the Chesapeake Bay and the waters that flow into it.

“We’re flat as a pancake,” said Thomas Jenkins, the county’s planning, zoning and wetlands director. “Much of the county is close to sea level.”

Today a far slower but perhaps no less catastrophic force is reshaping Mathews. As climate change drives seas upward, the county is struggling to keep its waterfront properties above the tides.

“I’d say we are ground zero for it because of how much we are exposed,” said Jenkins. “We’re getting hit from all sides.”

In 2020, with Democrats newly at the helm, the General Assembly passed two bills requiring that sea level rise and coastal resilience be incorporated into longstanding laws designed to protect the Chesapeake Bay and state wetlands. Earlier this year state agencies released their first attempts at translating the legislative mandate into the nuts and bolts of state regulations that for several decades have guided virtually every decision made along the state’s coast.

“All of the laws and the regulatory programs, they only dealt with water flowing downhill,” said Del. Keith Hodges, R-Urbanna. “We’ve never addressed water coming up.”

Now Virginia is. The draft regulations issued this year would incorporate coastal resilience linked to climate change and sea level rise into not only existing Chesapeake Bay Preservation Act rules governing local land use decisions, but also new guidelines for protecting tidal wetlands. But particularly when it comes to the Bay regulation changes, the state’s proposal has left many officials and environmental groups worried that in its effort to help landowners make their threatened properties more “resilient,” Virginia is instead creating what Skip Stiles, executive director of environmental nonprofit Wetlands Watch, has called a “doughnut hole” in the law.