Mid-Atlantic
via City of Norfolk 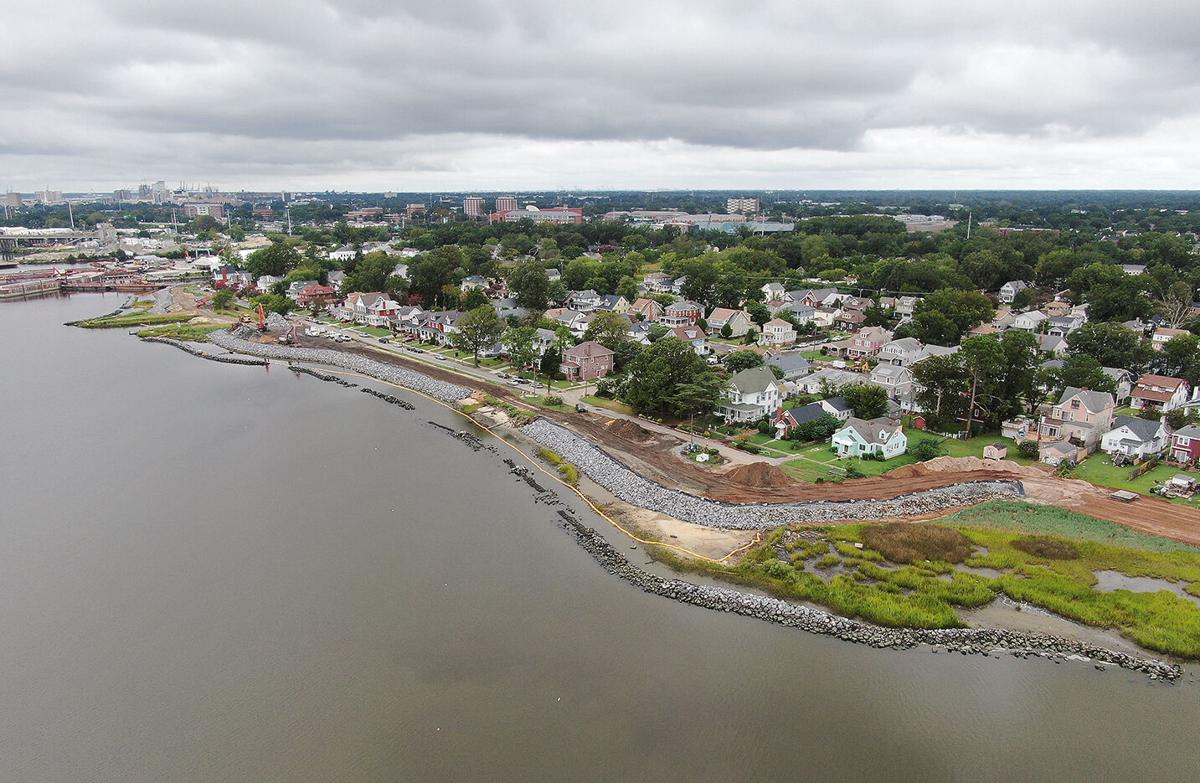 Seas are rising. The land is sinking. And hurricanes seem to pose a greater threat with every passing season.

In many ways, the city of Norfolk is racing against time to complete a massive flood-protection project for a pair of its most vulnerable neighborhoods. But city officials and contractors are most concerned about a different kind of threat: a make-or-break September 2022 deadline.

If Virginia’s second-largest city doesn’t “substantially complete” the work by then, officials say they will have to return the $112 million grant they received from the federal government.

Nine months after construction began, the project is on pace to meet that target, said Doug Beaver, who oversees the work as Norfolk’s chief resilience officer. Some finishing touches will remain. The final tweaks are scheduled to be wrapped up by April 2023.

But the city is hedging its bets just the same. Local leaders are lobbying members of Congress to extend the 2022 deadline.

Bills introduced in the U.S. House and Senate this summer would give Norfolk until September 2025 to finish the work. The measures have bipartisan support but have stalled amid election-year political battles. The reprieve would apply to all 13 state and local governments nationwide that received money from the same $1 billion pool of Housing and Urban Development funding in 2016.