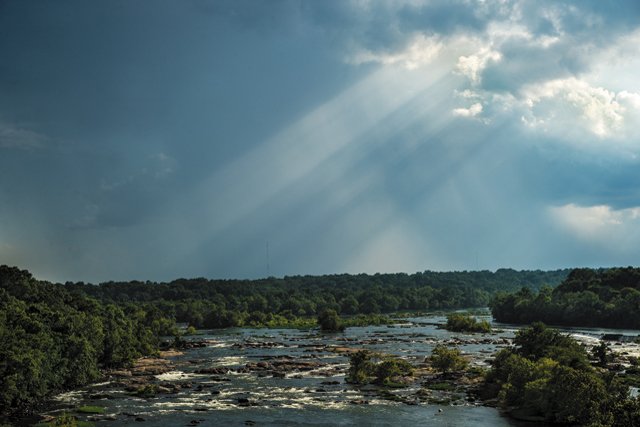 Cold snakes, a warming planet and other tales — true and false — about our environment

I once picked up a venomous cottonmouth in a Virginia Beach marsh because I wanted to show friends it was a harmless water snake. Holding the serpent behind its head, I opened its mouth with my other hand to point out that it had no fangs. It had fangs.

The day was cold, and the snake was lethargic, so no animals or people were harmed in the making of this huge mistake. I was young and dumb. Now I’m older and not much smarter, but I can identify a cottonmouth.

There are two points here: I love our environment, including the wildest of creatures. And the worst form of ignorance is knowing you’re right when you’re not.

Fifty years after the first Earth Day (April 22, 1970), there is still a lot we don’t know about the environment — and a lot we think we know that isn’t so.

Case in point: I have researched and written about environmental issues for more than 20 years. People often tell me our waters are getting more polluted, and our air is getting dirtier. In Virginia, at least, those things aren’t true.

Consider the James River in Richmond. A few decades ago, it was frequently awash with human waste. (As they say, waste is a terrible thing to mind.) Today, thanks mainly to tough federal and state laws, you can swim, kayak and snorkel in the James. You can also drown or break an ankle between rocks. Those are the kinds of things you really ought to worry about at the river.

Consider Richmond’s air. Levels of ozone, the main pollutant in smog, have gone down considerably in recent decades, thanks to tougher controls on power plants, cars and other polluters.

Don’t get me wrong. Parts of our rivers remain polluted, and we still get Code Red days where the air is so dirty that some people have trouble breathing. In many environmental areas, there’s a lot left to do.

There are two key areas where things are bad and getting worse: wildlife and climate change. They are often related.

At first glance, you might think wild animals are doing fine. Right here in the city, you can see deer, raccoons and opossums. But deer feast on our backyard plants, and the other creatures eat our trash and outdoor pet food. These are not signs of a particularly healthy environment.