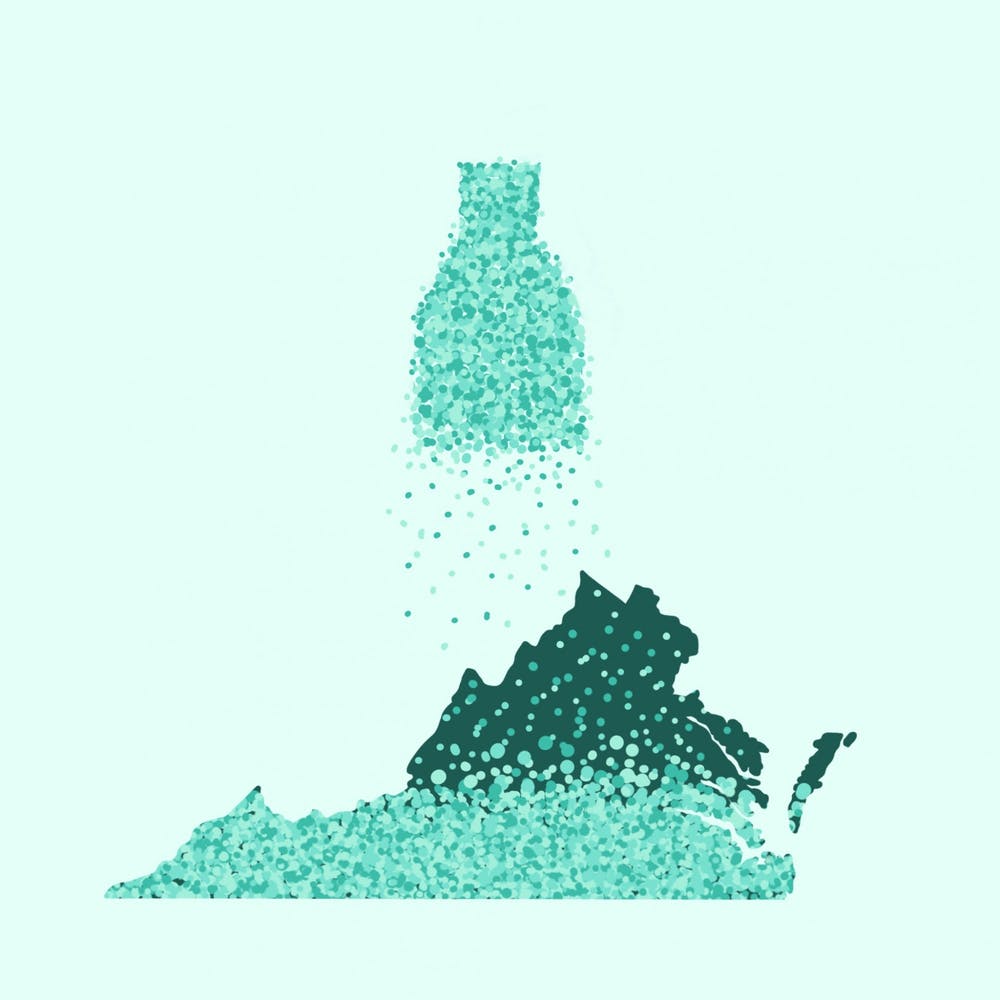 Microplastic waste has become a serious threat to the ecosystem — plastic pollution in particular has grown exponentially in the past decade within Virginia, leading to disruption of the Chesapeake Bay and other large bodies of water. University researchers explain the significant harm that microplastics can have on the environment, particularly in the Chesapeake Bay, and discuss plans of action to combat this detrimental effect.

Microplastics are categorized as plastic particles less than 5 millimeters in size. These often enter the ocean through sewage systems and infiltrate soil and the air we breathe. Initially, researchers only knew of microplastics as the microscopic particles formed by larger plastic waste that was broken down by the sun. However, new findings have confirmed that microplastics come from the synthetic fibers in clothing and microbeads from cosmetic products, such as face exfoliants.

Research on microplastics is minimal, and as a result, researchers do not know the specific effects microplastics have on the environment. For other environmental issues such as landfill waste, pollution and the lack of fossil fuels, researchers have come up with timelinesand proposed action plans — this has not yet been developed for microplastics, however.

The National Oceanic and Atmospheric Administration of the U.S. Department of Commerce has voiced concerns about the lack of a large-scale and long-term collective database that contains visual survey information of microplastics along coasts and in the open ocean in order to support microplastic research. As a solution, the NOAA’s National Centers for Environmental Information created the Marine Microplastic Database this year, a publicly accessible and regularly updated collection of global microplastic data from researchers around the world.

Virginia Governor Ralph Northam signed Executive Order 77 in March, which outlines a plan to phase out single-use plastics and reduce solid waste at state agencies. In response to the order, the University created a single-use plastic reduction policy, which began with eliminating plastic waste in dining halls and replacing single-use plastic with sustainable and reusable takeaway containers and compostable silverware. The University is also looking into expanding their composting facilities and minimizing plastic bag use under this initiative.

Similar initiatives have been implemented throughout the nation, and environmental concerns based on plastic pollution have pushed retailers to provide more sustainable bag options, pilot the trend of reusable containers and make plastic straws a rarity. Environmentally-conscious consumers have even boycotted stores that utilize single-use plastics.

Large plastics make their way into the ocean frequently and are easier to remove from the water compared to microplastics, which must be either filtered out of the ocean or entirely prevented from entering the ocean.

The existence of plastics in large bodies of water results in a multitude of issues — notably, the disruption of the ecosystem when animals ingest plastics and release toxic gas and foods containing tiny plastics.