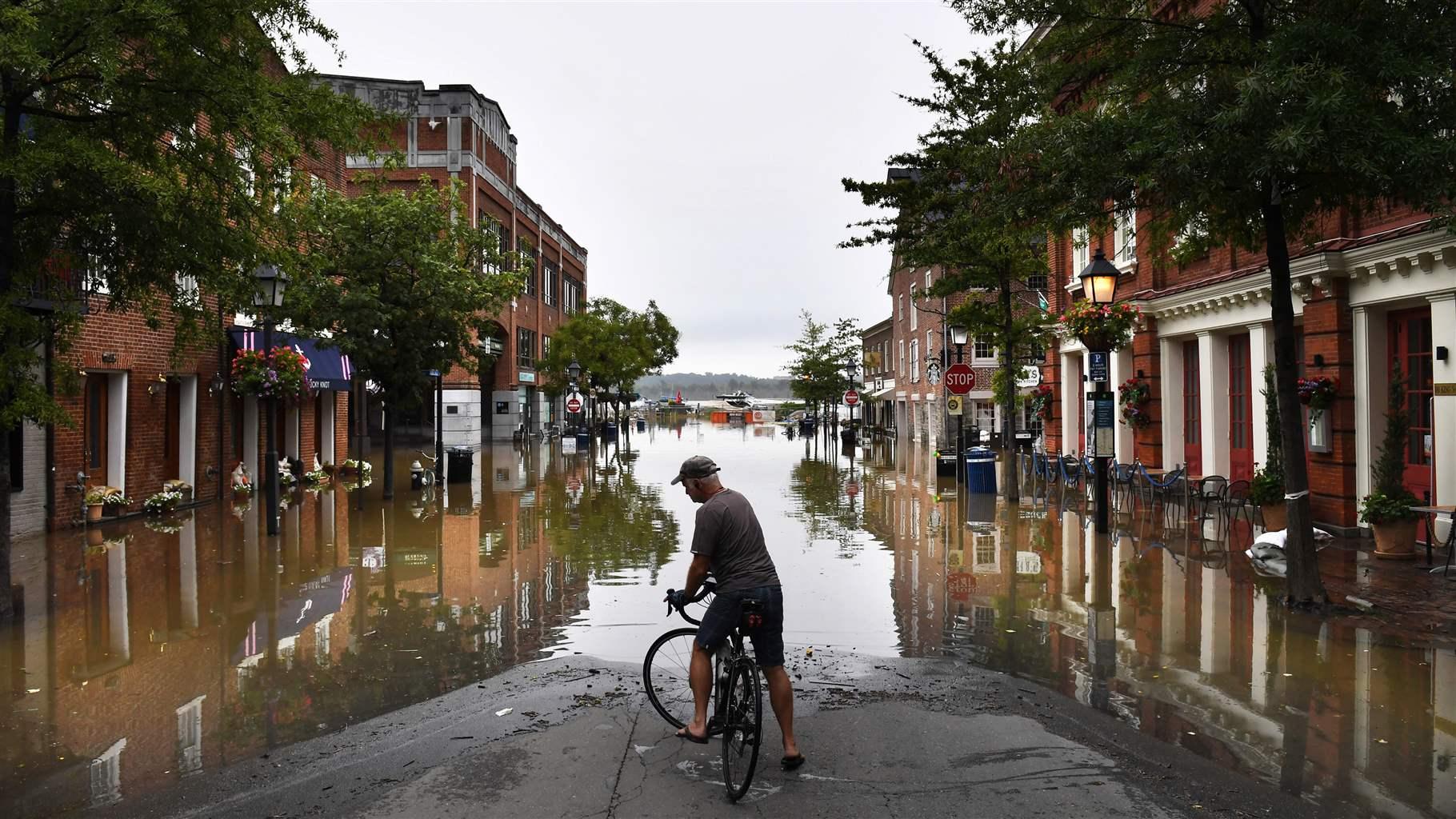 State Senator Lynwood Lewis, the current co-chair of the Joint Subcommittee on Coastal Flooding, was born and raised in Accomack County and is well aware of how sea level rise and more frequent and intense storms affect his district and the commonwealth. Norfolk and Virginia Beach in particular experience chronic flooding that disrupts people’s daily lives, puts homes and businesses at risk, and threatens the region’s economy. Sea levels in both areas are rising more rapidly than the global average, and they are among the most at-risk localities for flooding in the country.

Unlike downtown Norfolk and other urban centers that experience regular tidal flooding, the rural coastal counties that Sen. Lewis represents face unique challenges. These include threats to already-struggling rural infrastructure, such as low-lying access roads that, if flooded, can prevent residents from reaching their homes or businesses—even if those structures aren’t affected. Recurrent coastal flooding also poses a major threat to farmers, farmland, and agriculture, including wheat, corn, soybean, potato, tomato, and green bean crops—all grown in abundance in Virginia.

In 2016, Sen. Lewis—a longtime champion of making the commonwealth more resilient to floods—sponsored a bipartisan measure that created Virginia’s first flood preparedness program. This year, he sponsored successful legislation that provides first-time funding for the program along with statutory changes to improve its effectiveness. The legislation, which goes into effect on July 1, creates a revenue stream to address flooding, resiliency needs, and coastal adaptation and directs an estimated $45 million annually to the Virginia Community Flood Preparedness Fund, which gives priority to nature-based projects—such as restoring wetlands and installing living shorelines—to reduce flood risk.