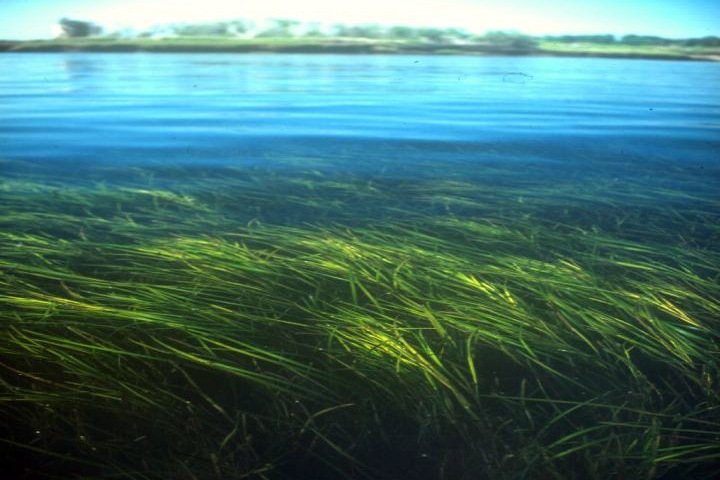 In the world’s largest seagrass restoration project, scientists have observed an ecosystem from birth to full flowering.

As part of a 20-plus-years project, researchers and volunteers spread more than 70 million eelgrass seeds over plots covering more than 200 hectares, just beyond the wide expanses of salt marsh off the southern end of Virginia’s Eastern Shore. Long-term monitoring of the restored seagrass beds reveals a remarkably hardy ecosystem that is trapping carbon and nitrogen that would otherwise contribute to global warming and pollution, the team reports October 7 in Science Advances. That success provides a glimmer of hope for the climate and for ecosystems, the researchers say.

The project, led by the Virginia Institute of Marine Science and The Nature Conservancy, has now grown to cover 3,612 hectares — and counting — in new seagrass beds. By comparison, the largest such project in Australia aims to restore 10 hectares of seagrass.

The results are “a game changer,” says Carlos Duarte. “It’s an exemplar of how nature-based solutions can help mitigate climate change,” he says. The marine ecologist at King Abdullah University of Science and Technology in Thuwal, Saudi Arabia is a leader in recognizing the carbon-storing capacity of mangroves, tidal marshes and seagrasses.

The team in Virginia started with a blank slate, says Robert Orth, a marine biologist at the Virginia Institute of Marine Science in Gloucester Point. The seagrass in these inshore lagoons had been wiped out by disease and a hurricane in the early 1930s, but the water was still clear enough to transmit the sunlight plants require.