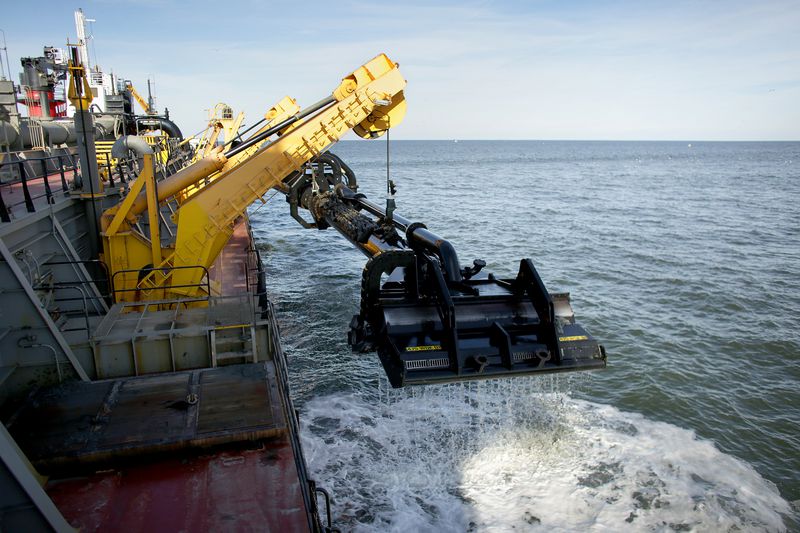 VA - How a 356-Foot Vessel Is Expanding Virginia’s Shipping Channels, One Load of Mud at a Time

Why scoop when you can vacuum?

The Port of Virginia is continuing its quest to become the deepest port on the East Coast, with the help of a mud-and-sand-suctioning dredge on the Chesapeake Bay.

The Magdalen — named after the grandmother of the dredging company’s owner — is a 356-foot vessel known in the business as a trailing suction hopper dredge. It can be spotted on the west side of the Chesapeake Bay Bridge-Tunnel where it’s been working since late November.

Weeks Marine, a New Jersey-based company, had it built about a year and a half ago with a price tag of $120 million. It’s a highly automated ship manned by a 17-person crew who work four weeks on, four weeks off.

It works essentially like this: a long drag arm, weighing in at 100 tons, is slowly extended down about 50 feet to the bay floor where it is pulled along the bottom, suctioning up the silty mud through pipes and into compartments on the ship. Once full, the ship sails out to a dump site off Virginia Beach, the bottom of the compartments are opened and the material is let go.

“Like mowing grass,” Gov. Ralph Northam said on a tour of the Magdalen a couple days before Christmas.