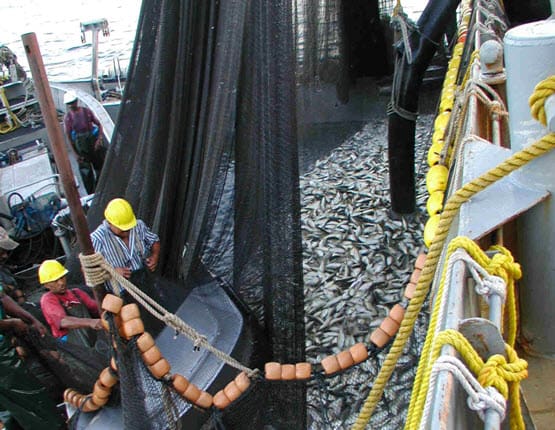 The governor of Virginia is calling on the U.S. chief of commerce to stop all menhaden fishing in his state, in order to punish fish-oil producer Omega Protein for taking too much menhaden from the Bay.

Governor Ralph Northam sent a letter to U.S. Commerce Secretary Wilbur Ross three weeks after Atlantic-coast fishery managers voted to find Virginia out of compliance for exceeding the Chesapeake Bay menhaden harvest cap. He says that putting a moratorium on the menhaden fishery is the only way to send a strong enough message to Omega.

Omega Protein admits it exceeded the limit the Atlantic States Marine Fisheries Commission (ASMFC) put in place to ensure enough menhaden remain in Bay waters to support the food chain. (Important Bay species like striped bass feed on menhaden.) The company says it tries to harvest most of its menhaden from the open ocean, rather than the Bay, but this season, bad weather forced fishermen inside the mouth of the Bay. As of late October, Omega had taken 65,000 metric tons of menhaden from the Chesapeake.

In his letter, Governor Northam writes, “The data show clearly that the harvest cap of 51,000 metric tons (more than 112 million pounds) for the industrial purse seine fishery in Virginia’s portion of the Chesapeake Bay has been exceeded.”