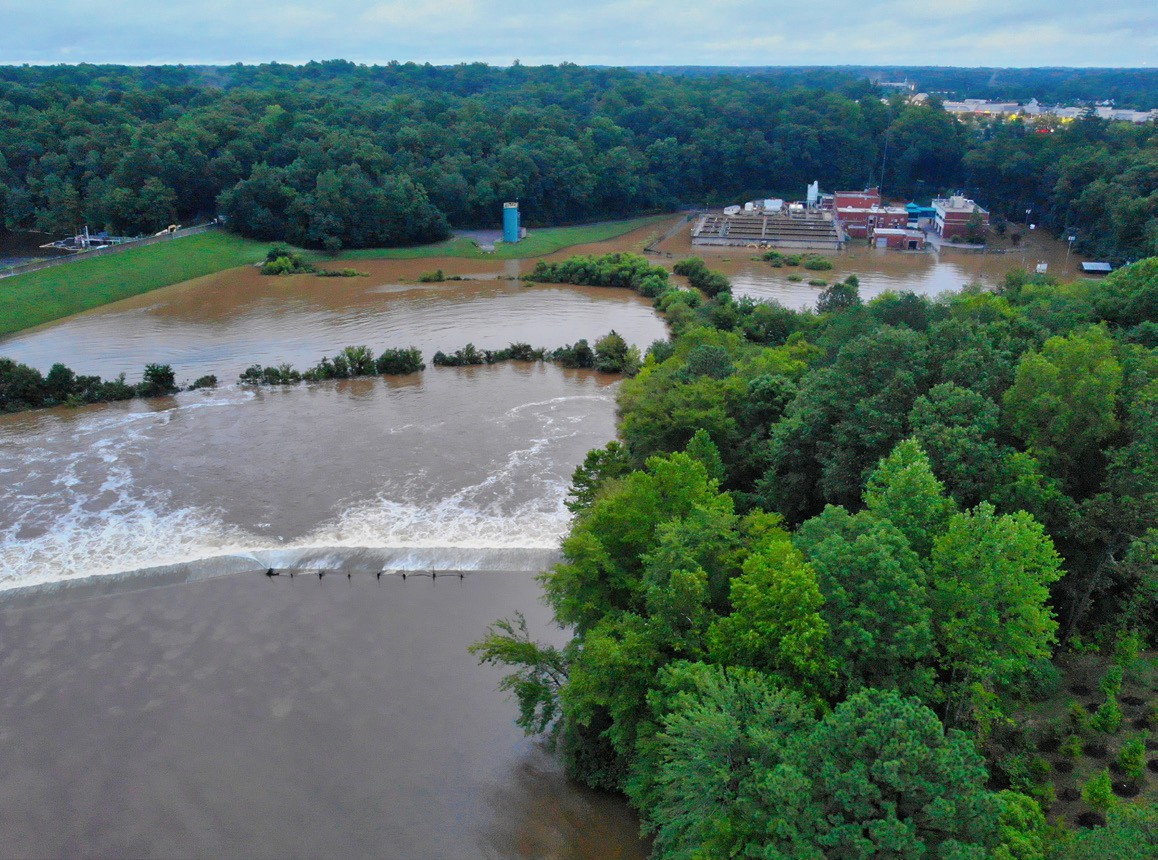 Chesterfield County’s Utilities Department is building a flood wall to protect its Addison-Evans water treatment plant on the Swift Creek Reservoir, which has been severely damaged by flooding twice in a two-year period – most recently less than a month ago.

The department has applied for a pre-disaster mitigation grant from the Federal Emergency Management Agency that would cover 75% of the project’s estimated $11.56 million cost.

“We’re confident we’re going to get approved for the grant,” said George Hayes, the county’s utilities director, in a recent interview.

The Utilities Department submitted its application in October 2018, about three weeks after Tropical Storm Michael flooded the Addison Evans plant and caused more than $600,000 in damage to pumps and electrical equipment located in the basement.

A consultant hired by the Utilities Department began that work last month, just before a low-pressure system stalled over Chesterfield and dumped 8 to 12 inches of rain across the county on Aug. 15, causing what the National Weather Service classified as “700-year flooding.”

The basement of the Addison-Evans plant was completely inundated again. As utilities staff cut power to the facility and evacuated by boat via the rapidly rising reservoir, floodwaters also were pouring through the windows of first-floor offices 11 feet off the ground.

“Most of us talk in terms of a 100-year flood or 500-year flood in terms of purchasing flood insurance. That’s the first time I’ve heard of a 700-year flood. It was a major, major event,” said Loy Senter, chief of Chesterfield Fire and EMS, during a presentation at the Board of Supervisors’ Aug. 26 meeting.

Built in 1967, Addison-Evans provides 12 million gallons of drinking water per day, or about 20% of Chesterfield’s total supply.