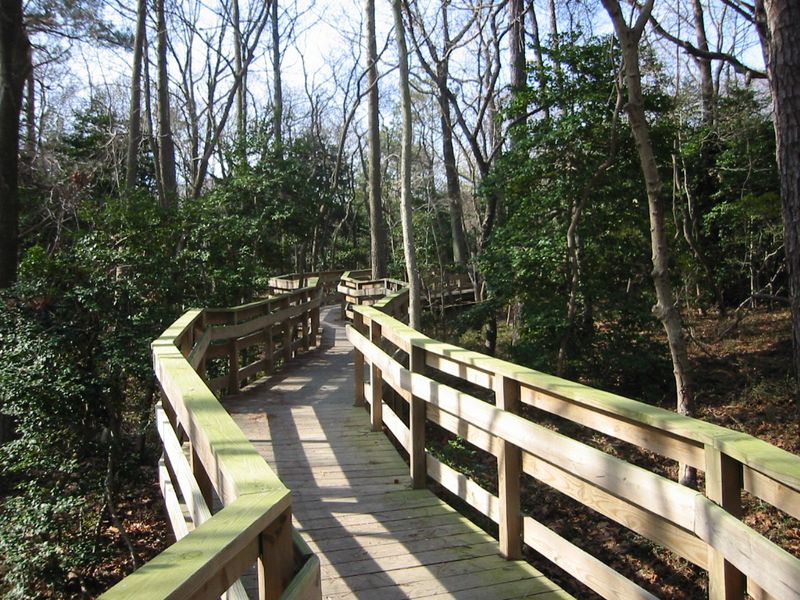 VA - Cape Charles Nature Preserve Was Trashed Over the Summer. It’s Back Open and Twice the Size.

The Cape Charles Natural Area Preserve is open to the public again — and has nearly doubled in size.

The preserve closed for repairs over the summer after repeated trespassing and unauthorized use caused problems. Some people jumped off the boardwalk and went through off-limits areas such as the coastal maritime forest and eroding dunes, while others walked over a sandy shore that’s a habitat for the endangered Northeastern beach tiger beetle, officials with the Virginia Department of Conservation and Recreation said at the time.

“The urge to get outside during the pandemic has led to a steadily increasing level of visitation that is impacting the stability of the boardwalk and the sensitive natural communities it traverses,” Dot Field, Eastern Shore steward for the department’s natural heritage division, said in July.

The preserve, created in 1997, reopened last month with a revamped boardwalk, according to a department news release Wednesday. As before, there is no public beach access.

The formerly 29-acre area, located just south of the town on the Shore’s Chesapeake Bay side, also expanded to about 50 acres after the state acquired another 21 next to it.

That happened under Gov. Ralph Northam’s ConserveVirginia initiative, which picked out the spot as a high priority for natural habitat and ecosystem diversity, among other environmental issues.