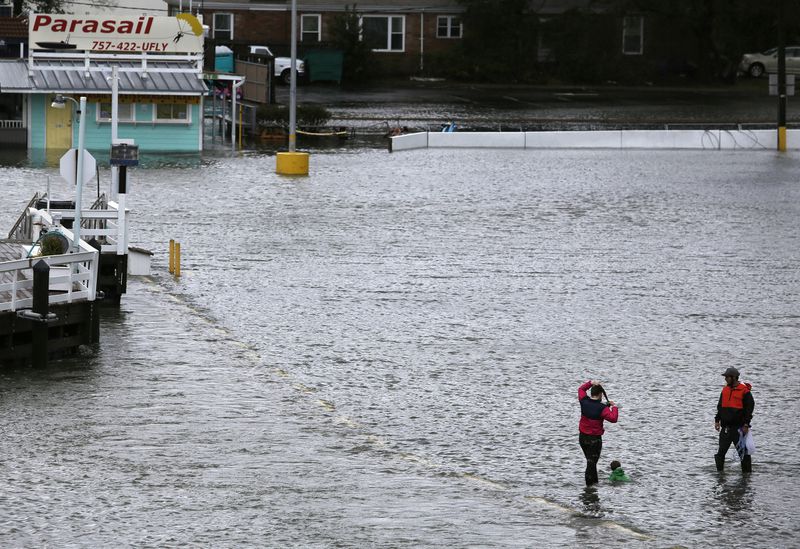 In Virginia Beach, sea level rise is a real and existential threat and the City of Virginia Beach is doing a lot to address it. However, city staff have steered clear of what most experts say is causing the tides to creep higher and higher. By design, they rarely, if ever, utter the words “climate change” — and they specifically avoid attributing any such change directly to humans.

For years, Virginia Beach City Officials have worked to develop complex — and expensive — initiatives they hope will safeguard the city from some of the most worrying flood projections; with attribution ot climate change.

“We don’t want to be stuck in the middle of arguments,” explained C.J. Bodnar, a city engineer who is helping lead Virginia Beach’s outreach efforts. “I can show you the gauge information to show you that, yes, sea level rise is happening. But I’m not getting into the reasons why it’s occurring.”

That’s because the city needs consensus to move forward as it plans for three feet of sea level rise and more intense storms in the coming decades, officials say.

While the words “climate change” are unofficially verboten at meetings, virtually no idea is off the table. From buying out hundreds of at-risk properties to installing high-tech flood gates that would change the face of some of the city’s most iconic locations, city staff are looking at solutions that could cost billions of dollars.