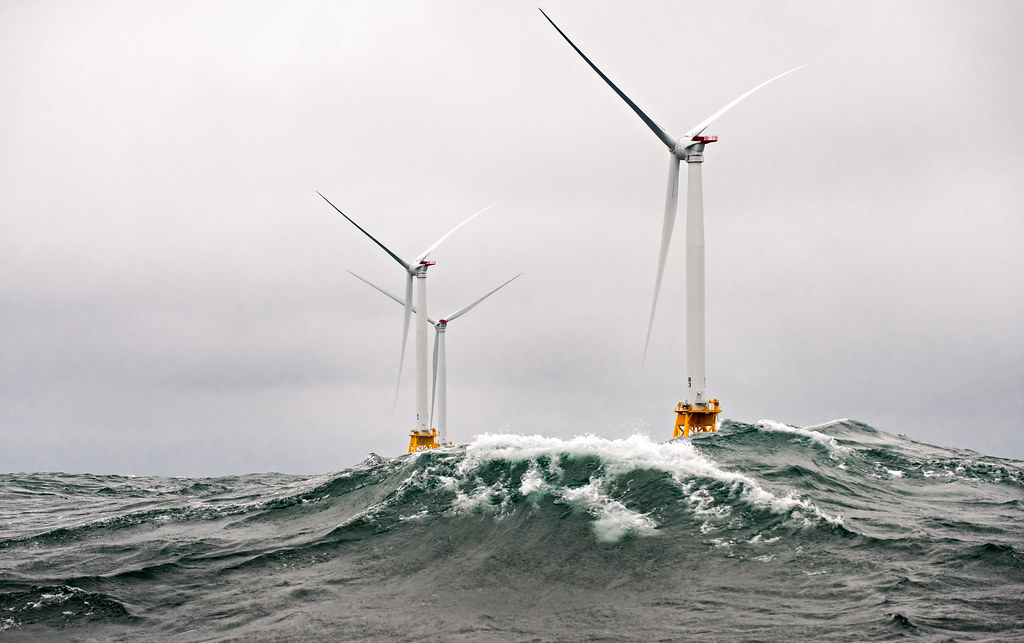 Today, two wind turbines turn off Virginia’s coast. But by the middle of the next decade, hundreds more may have joined them.

With a major push underway by President Joe Biden’s administration to develop 30 gigawatts of offshore wind as a way to reduce U.S. reliance on fossil fuels, federal officials are looking to dramatically expand the areas where wind farms can be built in U.S. waters.

Virginia is an epicenter of interest: Of 4 million acres of ocean identified as potential wind energy areas in a new Central Atlantic call area, most lie off the Virginia coast.

For the commonwealth’s fishing industries, already wary of what their business will look like once Dominion Energy’s 176-turbine Coastal Virginia Offshore Wind project is constructed, the prospect of a much more expansive buildout of wind power throughout the rich fishing grounds off Virginia is sparking fears that the new industry will drive out the old.

“We know that when these lease areas are built out, it is going to be displacing fishermen, who are then going to be working smaller and smaller areas with more and more boats, which is going to lead to localized depletion,” said Tom Dameron, government relations and fisheries science liaison for Surfside Foods, a New Jersey-based commercial clam fishing company that last year landed roughly 10 percent of the East Coast’s entire surf clam harvest in Cape Charles.

For Virginia, which has made major commitments to decarbonizing its electric grid by 2050 and sees offshore wind as a major engine for economic growth in Hampton Roads, the challenge will be how to build out wind while also preserving its valuable fisheries.

Wind is an important solution to climate change, said Rachael Peabody, director of coastal policy, restoration and resilience for the Virginia Marine Resources Commission, but “you don’t want it to impact a healthy resource that is being managed well now.”

Farther north, other states have struggled to balance the two industries. Offshore wind development has sparked intense fights in New England and Mid-Atlantic states with vocal and well-organized fisheries groups worried about losing their livelihoods.