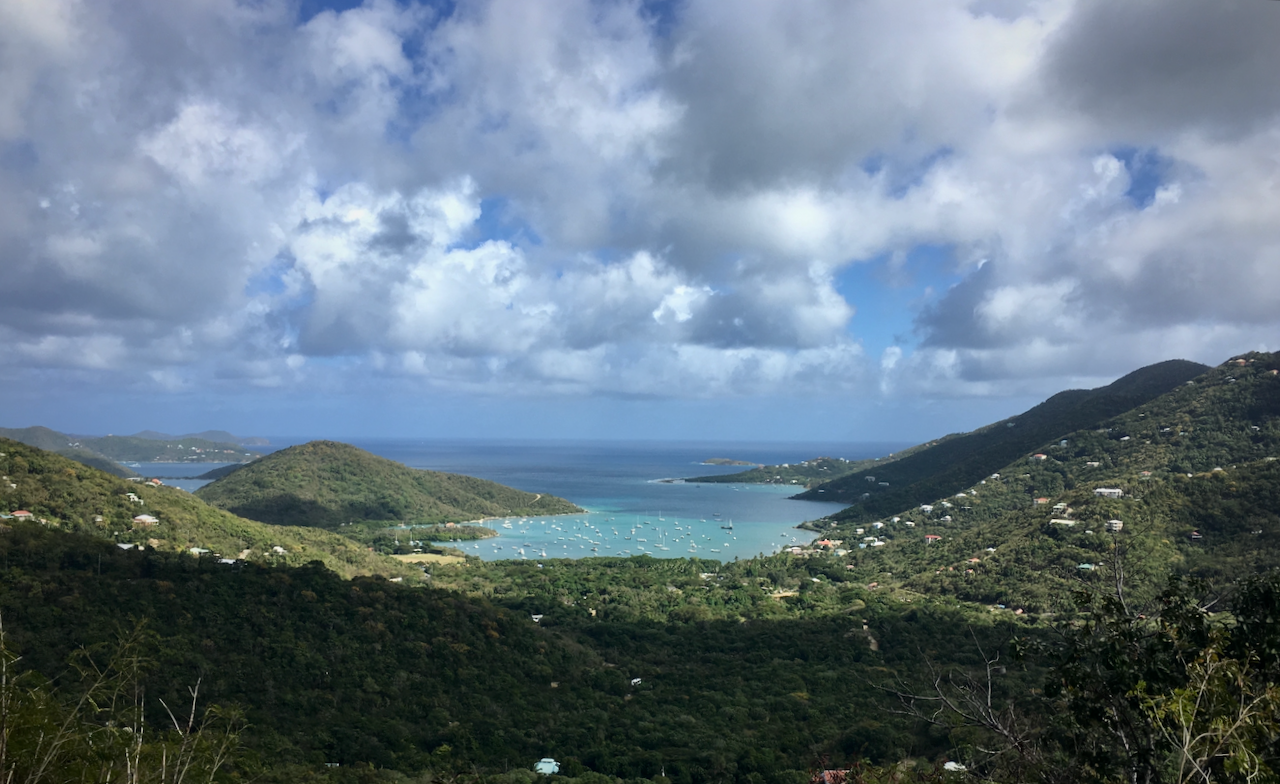 In the last several weeks, there have been three significant developments in the long-running battle to construct the Yacht Club at Summer’s End, also known as the St. John Marina. Part 1 of this series focused on a lawsuit filed Oct 21 in the District Court of the Virgin Islands by the Moravian Church Conference of the Virgin Islands against the Summer’s End Group, which holds CZM permits to build a marina in Coral Bay. Part 2 delves into a recent decision by the U.S. Supreme Court not to hear a case involving Summer’s End.

Every year, the U.S. Supreme Court receives between 7,000 and 8,000 petitions to hear cases that have been adjudicated in lower courts. Each year, the court accepts about one percent of these cases and declines to hear 99 percent.

This past year, Save Coral Bay, a community group, filed a petition — known as a petition for writ of certiorari — with the U.S. Supreme Court to challenge a decision made by the Supreme Court of the Virgin Islands.

The case is based on the process by which the Summer’s End Group attained permits to build a marina on the west side of Coral Bay harbor on St. John; however, the outcome of the U.S. Supreme Court’s decision raises questions about the Revised Organic Act and the need for a Virgin Islands constitution.

Anyone who follows local news on St. John is aware that the Yacht Club at Summer’s End has been mired in controversy since it held its first public hearing to gain its permits from local authorities in 2014.

The Source has covered the topic extensively over the past eight years as the project has met challenges in Coastal Zone Management hearings, Board of Land Use Appeals hearings, legislative hearings, and a variety of legal actions brought by local landowners.

The case heard by the V.I. Superior Court challenged the legality of Gov. Albert Bryan Jr.’s modifications made to the Summer’s End project’s Coastal Zone Management permit. The modified permit was subsequently approved by the Virgin Islands Legislature and signed into law.

Save Coral Bay filed an appeal with the Supreme Court of the Virgin Islands 10 days after the Superior Court’s ruling last May, but Chief Justice Rhys Hodge of the V.I. Supreme Court ruled that the case was moot.

The judge’s decision was not based on whether the governor broke the law when he modified a CZM permit and then sent it to the V.I. Legislature for approval, nor did it examine the underlying environmental issues regarding the permits.

What mattered was the fact that the Legislature passed a law modifying the permits and the governor signed it into law.

Hodge’s decision was based on procedures set forth in the Revised Organic Act, which in the absence of a constitution, sets the framework for Virgin Islands law.

Would the construction and operation of the Summer’s End marina have dire negative impacts on the waters of Coral Bay? The V.I Supreme Court’s decision frustrated opponents of the marina because this underlying environmental question was never considered within the territorial court system.

U.S. Supreme Court’s Decision Has Implications for the Territory

Save Coral Bay, under the guidance of its president, David Silverman, decided to appeal the V.I Supreme Court’s ruling to the highest court in the land.

The question that Save Coral Bay posed in the petition for writ of certiorari to the U.S. Supreme Court asked, “When a territory enacts a law that contravenes a duty imposed by a federal law, must the territory’s judiciary look beyond whether the law was properly enacted and determine whether it violates federal law?”

Silverman said he was not surprised when the U.S. Supreme Court declined to hear his case which affects so few Americans in comparison to issues like gun control, abortion rights, and affirmative action.

Although he was deeply disappointed that the environmental issues regarding the marina were not considered by the courts, Silverman said he was further alarmed by how the U.S. Supreme Court’s denial of his case could affect the passage of laws in the territory in the future.

“If we were one of the fifty states, this case would probably never have made it to the Supreme Court because it would have been crystal clear that U.S. federal law is ‘the supreme law of the land.’” Silverman wrote. “The Supremacy Clause of the U.S. Constitution assures this. But here in the Virgin Islands of the United States, the Supremacy Clause does not apply — it is not one of the provisions of the U.S. Constitution explicitly recognized in the Revised Organic Act.”

The result, Silverman said, is that the governor of the Virgin Islands has powers “which exceed that of virtually any governor in the fifty states.”

“Unlike all fifty states, our governor is not bound by federal law, and if the governor has the support of a majority of senators, then essentially whatever the governor wishes to do can become the law of the Virgin Islands,” Silverman said.

“Politics in the USVI is unlike national politics. Having only a single major party — the Virgin Islands Democratic Party — we do not benefit from the sharing of power between two opposing parties,” Silverman said. He noted that in the past 30 years, there have been independent governors, “but the Senate majority leadership has consistently been Democratic.”

“With the waning influence of the ICM party, the Democratic Party of the Virgin Islands has become more and more like an ‘old boys club,’” Silverman continued.

In 2020, when the Legislature ratified the CZM permits for Summer’s End modified by Bryan, all of the seven senators voting in favor of ratification were Democrats pressured to vote along party lines, Silverman said.

Silverman said the U.S. Supreme Court’s decision not to hear the Summer’s End case highlights the need for the Virgin Islands to replace the Revised Organic Act with a constitution.

In August, however, a legislative proposal to hold a sixth Constitutional Convention languished in committee until it was too late to implement.

The recent court decision “gives urgency to the movement to decide upon the political future of these Virgin Islands,” Silverman concluded.