Caribbean
Boats anchor near the Round Bay shoreline in April 2021. (Photo provided by Friends of Round Bay) 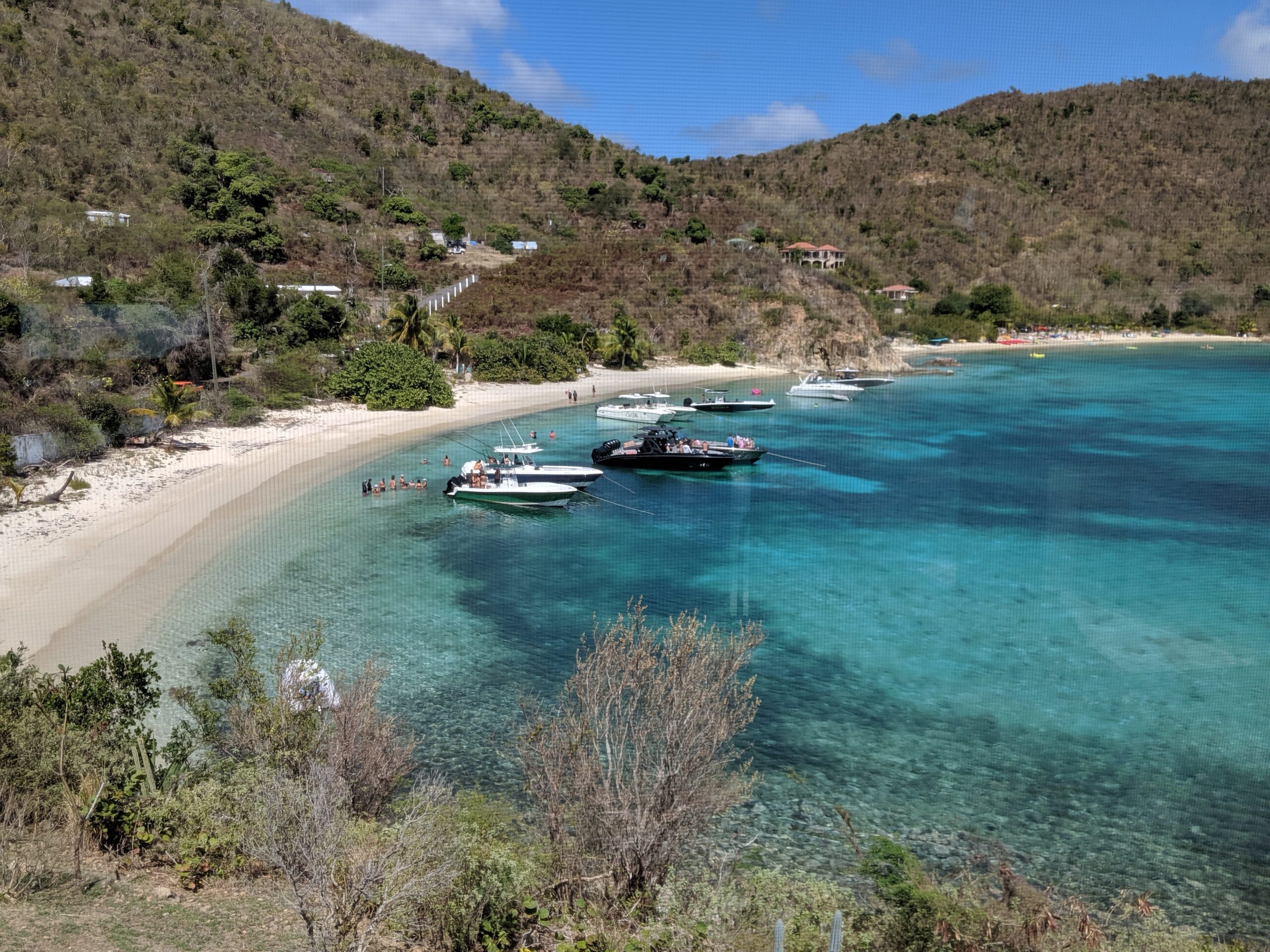 A handful of residents shared their suggestions — and frustrations — regarding the Department of Planning and Natural Resources’ Round Bay user management plan at a hybrid virtual/in-person meeting in Coral Bay.

The Tuesday evening meeting was held in the newly opened Education Department sprung structure where voices echoed, making it difficult for those tuning in virtually to hear speakers’ names and comments. The plan was created in response to “increased use and activity occurring in Round Bay,” according to plan documents.

The original user plan was released in September, then updated based on public comments, according to DPNR Coastal Zone Management Director Marlon Hibbert, who moderated the meeting.

“We received comments in support of what we put out, some in opposition, and some tweaks,” said Hibbert. “Overall, the comments were mainly positive. During COVID, there was an aggressive expansion of the use of Round Bay. With aggressive expansion, you have pitfalls.”

Hibbert noted that DPNR’s plan is meant to manage users of the bay, not the bay’s resources. The plan, which calls for day use and transient moorings, a no-anchor zone, and a swim area, is “limited to the amount of funding we have,” he added.

Several attendees pointed out a current lack of enforcement by DPNR.

“Christmas Cove is visible to the naked eye by DPNR and they can’t control it there,” said a man who identified himself as a native St. Johnian. “It’s a 10-minute boat ride to Christmas Cove and I’ve never seen DPNR’s 16-foot Boston Whaler with officers patrolling to maintain that area. Issue a few $1,000 or $2,000 citations and I bet you all of the boaters go in compliance.”

Hibbert shared that DPNR’s enforcement division is responsible for “all actions across 11 divisions,” he said. The officers who respond to CZM violations also deal with building violations, air pollution, and any other offenses that fall under DPNR’s purview.

Residents offered solutions to DPNR’s inability to regularly patrol Round Bay, from launching a bay host program similar to the one implemented by the Virgin Islands National Park, to video surveillance.

“If we have cameras pointing at the bay, can we not issue citations without actually being there?” asked a female resident. “If boats are anchoring on coral or seagrass they should definitely be fined, and if you have a picture of them doing so and the registration numbers are clear, you should be able to find them and send them a ticket.”