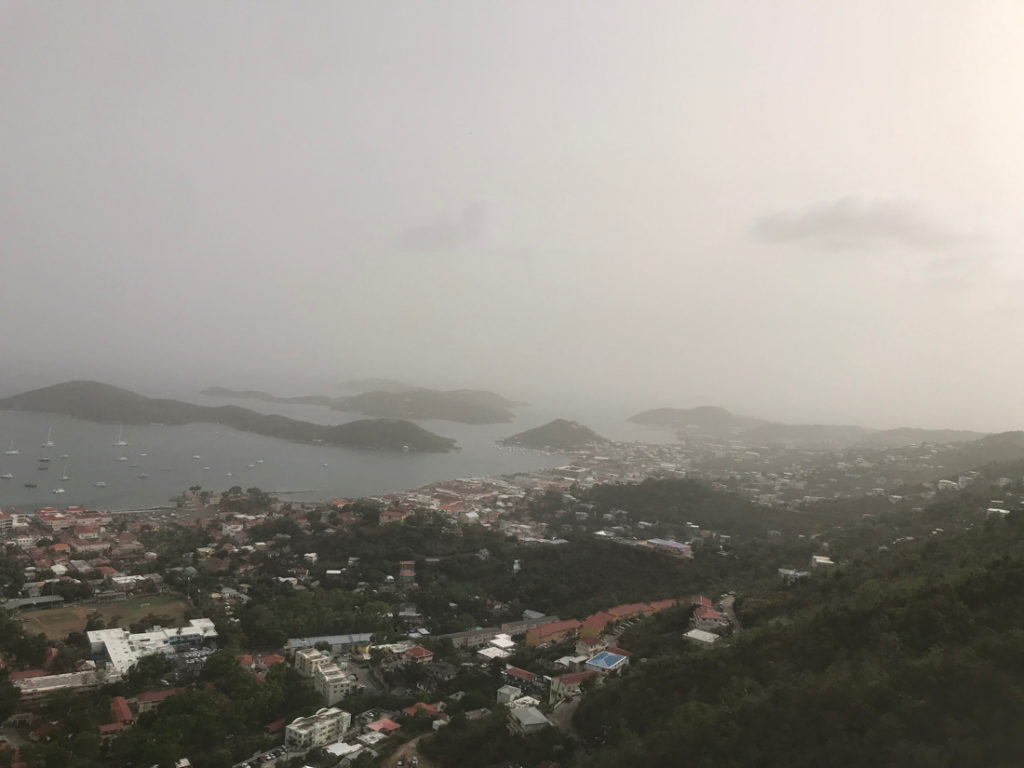 A nearly 4,000-mile-long plume of thick dust from the Sahara Desert has arrived in Puerto Rico and Hispaniola, and is forecast to move into the Gulf of Mexico, inland from Texas to the lower Mississippi River Valley, before reaching Washington early next week.

The plume is part of a phenomena that develops every year off the coast of Africa, known as the Saharan Air Layer (SAL), but the current one is unusually intense and is setting records, scientists say.

On satellite imagery, the dust, which was originally kicked up by clusters of thunderstorms, or tropical waves, over the Sahel, to the south of the Sahara Desert, resembles a long appendage extending from the western edge of northern Africa, clear across the tropical Atlantic Ocean. The dust is divided into batches connected by thinner wisps, with the first significant area of dust concentrations moving across Puerto Rico on Monday.

The cloud of African dust will also affect the creation of storms over the Atlantic Ocean.

In the US Virgin Islands, The Emergency MAnagement Agency alerted residents that the Saharan Dust Event will last at least until Thursday, with the highest concentration occurring Tuesday night. Visibility will be reduced to four to eight miles, and there will be above average temperatures, with the heat index reaching 100 degrees. The event also poses an increased risk to human health, especially those with preexisting respiratory conditions.

The leading edge of the approaching Saharan dust cloud had made it to Antigua, part of the Lesser Antilles and Hispaniola, where its arrival was heralded by a milky translucent veil being draped overhead.

‍
In Antigua, as well as in Puerto Rico, the ground effects of the plume are plainly evident: The sky appears milky white, with limited visibility at ground level.

Visibility dropped to three miles at the St. Croix airport in the U.S. Virgin Islands and five miles in San Juan in response to dust caught up closer to the surface.