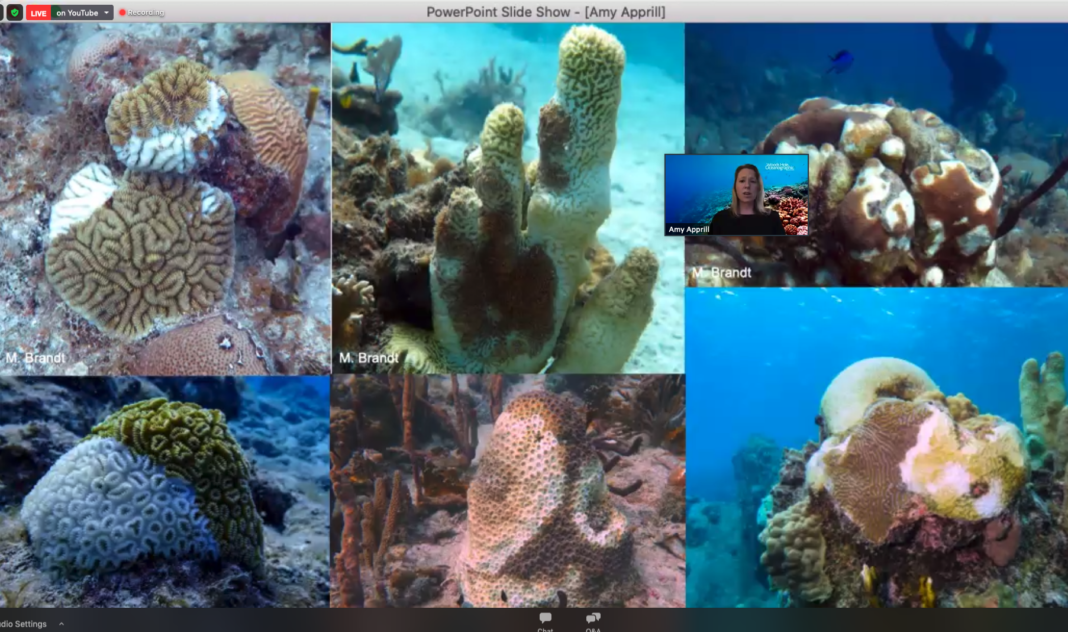 The COVID-19 pandemic continues to dominate the news as it takes its toll on human life. Now, some marine biologists in Florida and the Caribbean are also concerned about another epidemic – one that’s raging under the sea.

It’s called Stony Coral Tissue Loss Disease, and its victims – hard corals that make up the structure of coral reefs – are dying at a rate far beyond the death rate exacted by the novel coronavirus. The disease was first spotted on reefs around St. Thomas in January 2019.

On some reefs, the mortality rate of stony corals is as high as 60 percent, according to Joe Townsend, the USVI’s coral disease response coordinator. Fortunately, he said, the disease has not yet been detected on St. Croix.

Frank Cummings, who has gained local fame by leading the fight against invasive lionfish in the Virgin Islands with C.O.R.E., now heads up the St. John Strike Force team, one of three throughout the territory that is scrambling to halt the spread of the disease.

Cummings has good reason to be alarmed. The coral disease was first sighted at Frank Bay and Lind Point on the western tip of St. John in January of this year. Since then, it has spread along the northern shore of St. John throughout the Virgin Islands National Park; for reasons unknown, however, not every place along the shoreline has been affected.

Cummings and the St. John team have been conducting roving diver surveys to determine just how widespread the disease is.

The news is not good. Stony Coral Tissue Loss Disease – SCTLD (pronounced like “Skittled”) – as scientists now call it – has been found on reefs near Flanagan and LeDuck, two small cays off the east end of St. John.