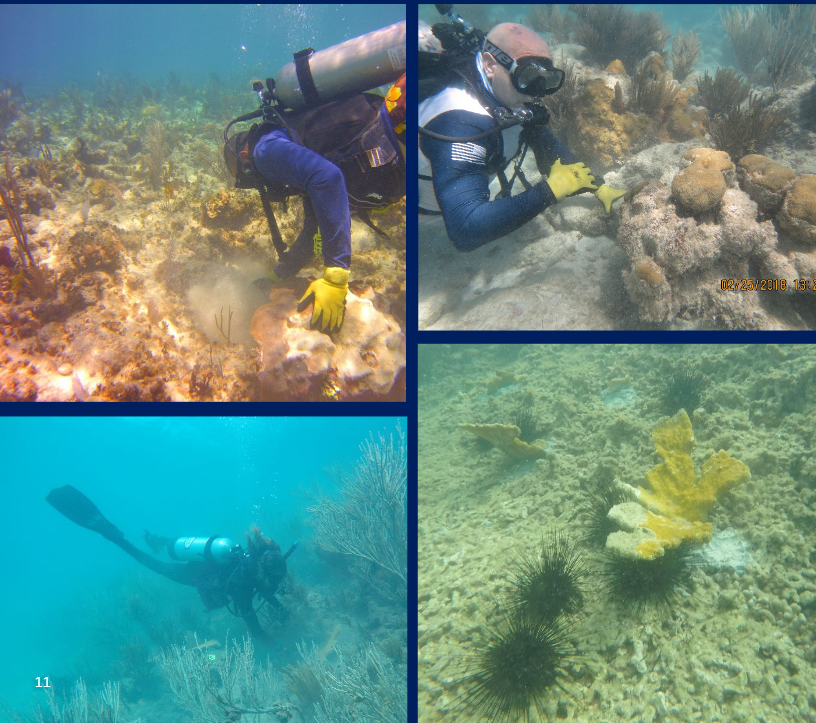 Coral reefs buffer coastlines from erosion and inundation by reducing wave energy and wave height, reducing risk to people and infrastructure from wave damage and flooding. In PR and the USVI, coral reefs provide coastal protection for more than 4,500 people with more than an estimated $230,000,000 annually in protection benefits.

In February 2018, at the request of the PR Department of Natural and Environmental Resources, the Federal Emergency Management Agency (FEMA) assigned NOAA to conduct coral reef assessments and emergency coral stabilization activities in PR as part of the Hurricane Maria response. Hurricane damage of destabilized, broken, and loose corals was observed at approximately 12% of shallow reefs assessed in PR. Considerable damage variability was observed between assessment sites in the extent of wave impacts to corals and reefs, likely due to reef exposure to the dominant wave energy and coral species, abundance, size, and morphology.

NOAA assessment and restoration staff assessed 414,354 square meters of coral reef area including over 87,000 corals at 150 sites between February 27 and May 7, 2018 and 8,700 + corals reattached at 35 reef sites across PR. Prior to the FEMA assignment, coral stabilization efforts were supported by NOAA and the National Fish and Wildlife Foundation in PR and St. Thomas, USVI reattaching more than 7,500 corals at 28 additional sites. In total, coral stabilization efforts in PR and the USVI reattached 16,000 corals at 63 sites.