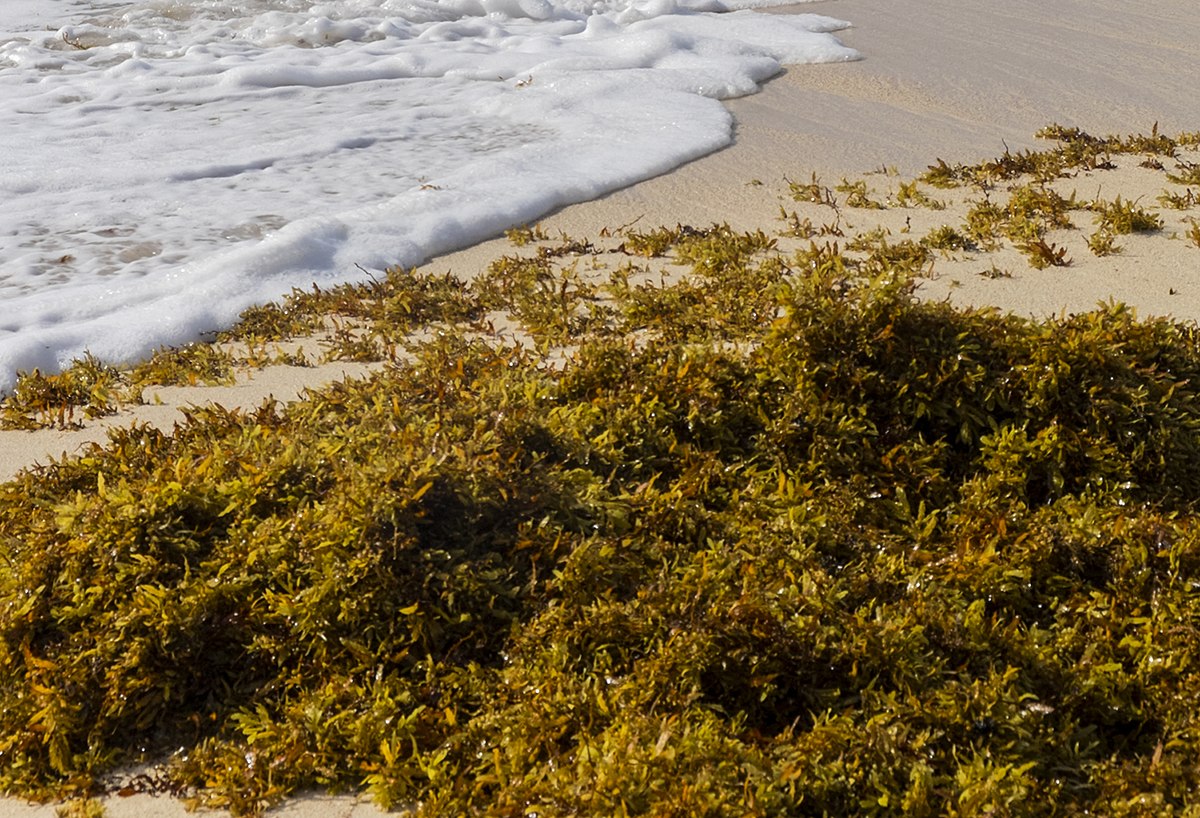 Gov. Albert Bryan Jr. has issued an executive order declaring a state of emergency in the territory to mitigate the impact from the unusually high amounts of sargassum seaweed piling up on USVI shores and having a negative impact on water-production capabilities on St. Croix.

Bryan also has sent a request to the Biden administration to declare a federal emergency on St. Croix regarding the sargassum inundation, and teams from the Federal Emergency Management Agency were expected to be on the ground Sunday to assist the government in coordinating a response, according to a press release from Government House on Sunday announcing the state of emergency.

Because of the sargassum build-up, maintenance efforts have increased to keep the water intake for the desalinization plant on St. Croix clear from seaweed and biological debris resulting from the ecosystems associated with large sargassum blooms, the release stated. In addition, reduced water production could also create a negative effect on the V.I. Water and Power Authority’s power-generating capacity, it said.

While there currently are no negative impacts regarding public health resulting from the sargassum build-up, Bryan is advising residents of St. Croix to conserve water as the government takes steps to resolve the issues caused by the seaweed.

“I want to assure St. Croix that we don’t anticipate any impact on public health from this annual invasion of sargassum in our waters, including the stench that we all, unfortunately, have learned to live with every summer,” Bryan said. “However, the seaweed overrunning our beaches also brings the potential for disruption to businesses and other negative financial impacts to our economy. I have assembled a team that includes primary public agencies, including Health, DPNR and VITEMA, and the semiautonomous agencies that have been meeting to coordinate efforts with FEMA and other federal partners.”

The executive order designates Department of Planning and Natural Resources Commissioner Jean-Pierre Oriol as the incident commander and directs VITEMA to activate the Emergency Operation Centers; directs the Department of Licensing and Consumer Affairs to institute relevant price freezes on certain goods and services; directs all agencies under the direction of the governor to fully cooperate with DPNR’s efforts; and suspends certain procurement requirements relevant to mitigating the issue, the release stated.

While the immediate threat from the sargassum is specific to St. Croix, pre-emptive efforts also are underway on St. Thomas to prevent adverse impacts to water-production capabilities in that district, the release stated.

DPNR is monitoring the National Oceanography and Atmospheric Administration’s Caribbean Coastal Ocean Observing System to track and forecast sargassum blooms and potential impacts, and the seaweed is forecast to affect Caribbean waters into mid-October, it said.