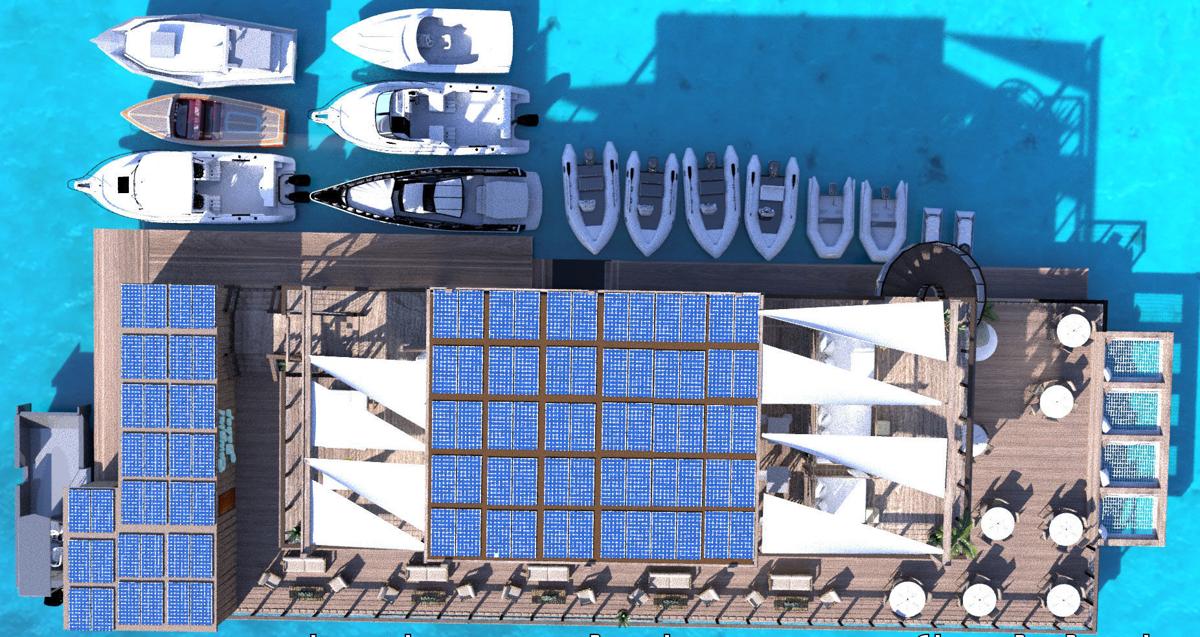 The U.S. Army Corps of Engineers is taking public comment on “The Bebop,” a proposed 120-foot-long floating bar and restaurant the owner wants to moor in Pillsbury Sound, between Mingo and Grass cays.

The Corps of Engineers are accepting public comment until May 26. In addition, “any person may request a public hearing,” which must be submitted in writing to the District Engineer within the 30-day comment period, and provide specific reasons for requesting the hearing, according to the notice.

Comments will be used to evaluate the impact of the proposed activity, and “to determine whether to issue, modify, condition, or deny, a permit for this proposal,” according to the Army Corps, and “a permit will be granted unless its issuance is found to be contrary to the public interest.”

The Bebop is being financed by hedge fund manager William Perkins III, founder of Brisa Max Holdings VI LLC, who moved to the territory in 2013 and proposed the floating bar under the business name “Cowgirl Bebop LLLP.”

The controversial project has generated support from those who believe it could be a boon to the local charter boat economy, and considerable condemnation from those who say the proposal will be hazardous to the environment and public safety.

The Bebop received a minor Coastal Zone Management mooring permit by default after government staff failed to act on the application before statutory deadlines had expired. While CZM committee members voted to reject a similar application for a major CZM permit, the Board of Land Use Appeals overturned that decision in March and granted The Bebop permission to install 10 moorings between Mingo and Grass Cays, which are located between St. John and St. Thomas.