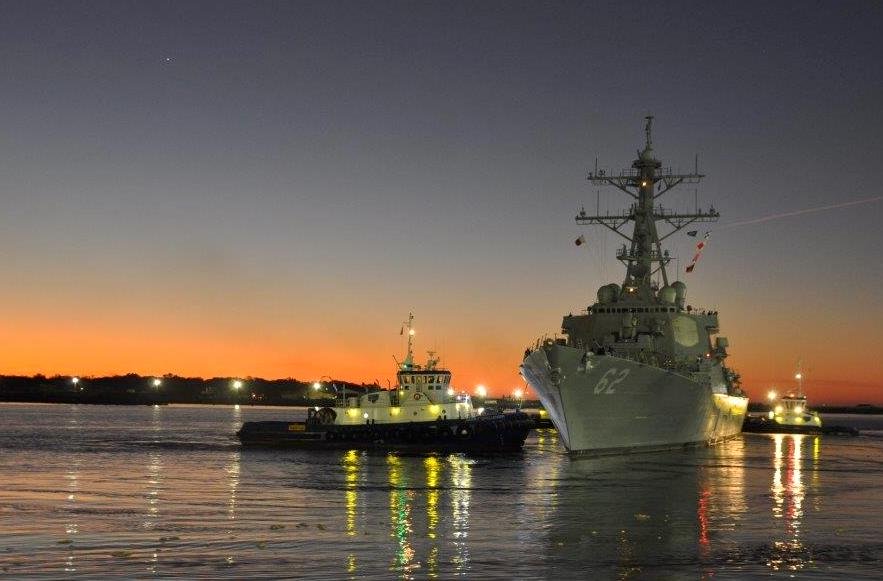 After more than two years of repairs, guided-missile destroyer USS Fitzgerald (DDG-62) left the Mississippi coast for sea trials in the Gulf of Mexico, Navy officials announced on Monday.

The Arleigh Burke-class destroyer departed the pier at Ingalls Shipbuilding in Pascagoula, Miss., at about 7:30 a.m. on Monday. It’s the first time Fitzgerald has been underway on its own power since the ship limped back into port after a 2017 collision off the coast of Japan that killed seven sailors.

The trials will test the ship’s systems after the extensive repair work that has been taking place since the stricken ship arrived in early 2018.

“Among the systems that will be tested are navigation, damage control, mechanical and electrical systems, combat systems, communications, and propulsion,” reads a statement from Naval Sea Systems Command.