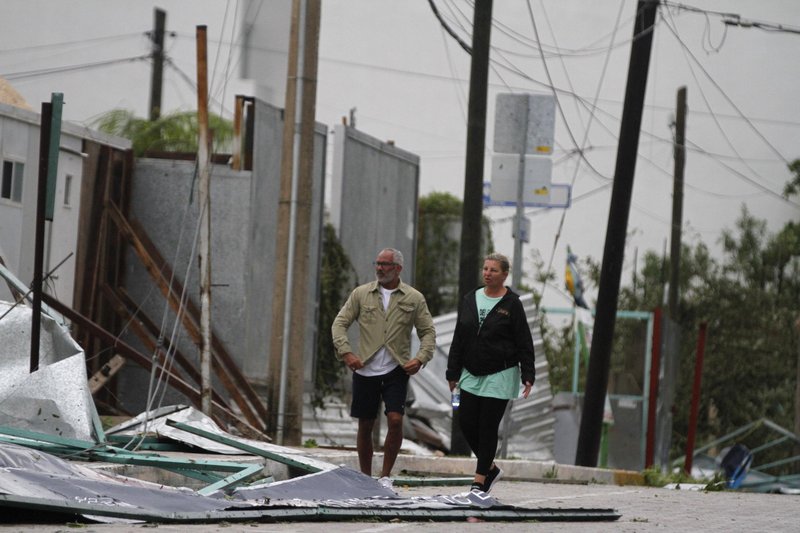 Zeta sped across the Southeast on Thursday, leaving a trail of damage and more than 2.6 million homes and businesses without power in Atlanta and beyond after pounding New Orleans with winds and water that splintered homes and were blamed for at least three deaths.

A Category 2 hurricane when it hit the southeastern Louisiana coast Wednesday, Zeta was still a tropical storm late Thursday morning with maximum sustained winds of 50 mph (85 kph) about 100 miles (155 kilometers) northeast of Asheville, North Carolina — unusual even in a region accustomed to hurricanes and their aftermath.

Some voting places were affected and hundreds of schools canceled classes or planned to open late across from the Gulf Coast to the Carolinas. Widespread power outages occurred across seven states from Louisiana to the south Atlantic seaboard. Some places could be in the dark for days.

The latest punch from a record hurricane season left people shaken. Will Arute said it sounded like a bomb went off when part of a large oak snapped outside his home in New Orleans, and crashed into his car and a corner of his home.

“I did not anticipate this to happen. It was pretty intense along the eye wall when it went through here,” he said.

Mackenzie Umanzor didn’t make many preparations because the last hurricane to threaten her home in D’Iberville, Mississippi, a few weeks ago did little damage. Zeta blew open doors she had tried to barricade, leaving her with a cut hand, and the top of her shed came loose.