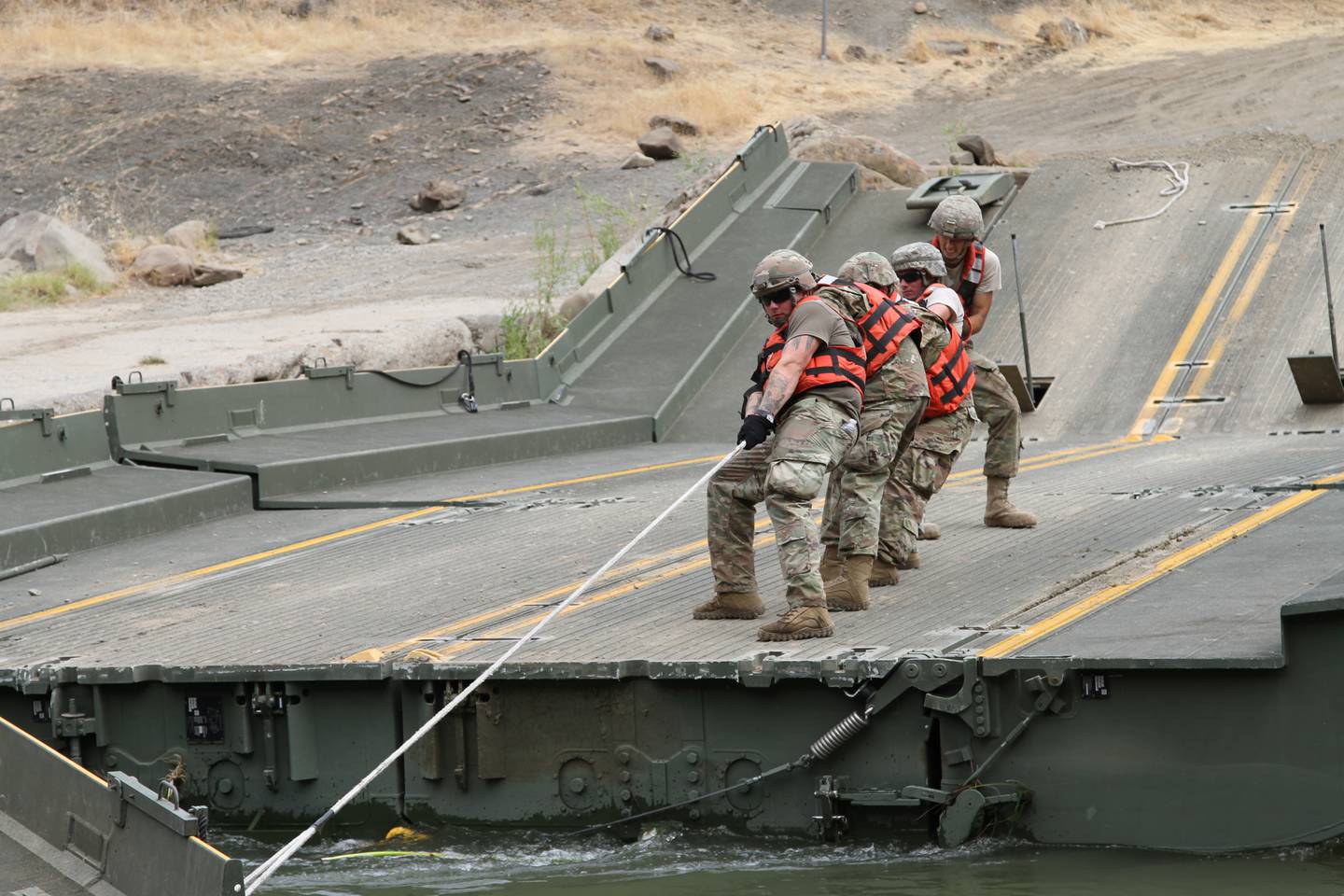 USA - With only weeks remaining, US Army preps for release of climate strategy

The service is preparing to release a new climate strategy with four key lines of effort, according to a memo obtained by Defense News outlining the plan.

WASHINGTON — The U.S. Army’s climate strategy, slated for release later this fall, will push the service to adapt so it can both operate in and protect itself against increasingly harsh environments, while also becoming more energy efficient.

Across stateside military installations, the service has seen increasingly challenging conditions. Hurricanes have ravaged infrastructure, costing taxpayers billions of dollars to repair, while wildfires have threatened bases out west. Coastal erosion is becoming more common at some installations, and the rapid thawing of Arctic permafrost is expected to affect operations.

The service is preparing to release a new climate strategy with four key lines of effort, according to a memo obtained by Defense News outlining the plan.

The Biden administration, which has identified climate change as a top priority, asked for $617 million in fiscal 2022 for governmentwide preparation, adaptation and mitigation efforts related to this issue.

On Oct. 7, the White House released climate adaptation plans for each government agency, including the Pentagon. The Defense Department’s strategy lays out four lines of effort: integrating climate-informed decision-making into all processes; training and equipping a climate-ready force; ensuring infrastructure contributes to successful readiness in changing conditions; and considering climate change as part of supply chain management.

Now, the Army is readying to release its own plan, led by Army Secretary Christine Wormuth and Army Chief of Staff Gen. James McConville.

The strategy’s lines of effort roughly mirror the Pentagon-wide version: improving energy-related capabilities and efficiencies of the force; preparing a climate-ready force; optimizing resilient and sustainable infrastructure; and ensuring climate-secure operations and sustainment.

“We’re going to be really, really focused on how we can reduce greenhouse gases,” Wormuth told Defense News in a Sept. 30 interview at the Pentagon, previewing the strategy. “That’s really where the rubber hits the road in terms of climate change.”

Wormuth is no stranger to climate change policy and strategy; she previously led the Adrienne Arsht Center for Resilience at the Atlantic Council.

The strategy will lay out “very real operational impacts that climate change has for us here at home on our installations, but also creating pressures around the world that the U.S. Army may be called up to respond to,” she said.

To improve energy efficiency, the Army will invest in alternative energy sources and ways to store excess electricity to power automated ranges, targets and other infrastructure, thus breaking the reliance on diesel generators, the memo notes.

This has already been an area of focus for the service, which improved soldier power by developing the Silicon Anode Conformal Wearable Battery — a lighter, less bulky, wearable high-energy density rechargeable battery. The battery’s capacity comes in at 300 watt hours (a measurement of power over a period of time). It also developed a 400-watt hour, high-capacity lithium CFx primary battery to reduce the number of energy-storage devices necessary for operations.

The Army also took initial steps toward the electrification of its vehicle fleet. Fully electric vehicles are more likely to be used in nontactical environments at installations, but the Army is beginning to look at hybrid or fully electric technology for its tactical vehicles. It’s also exploring hybrid capability for combat vehicles, though that’s likely a longer-term effort.

For the last several years, the Army ramped up efforts to transition away from classic fuels like JP-8 to power its vehicles, allowing industry to introduce vehicles to demonstrate what’s possible now and in the future. But there is limited funding for efforts to find alternative fuel to power the Army’s current and future combat and tactical vehicle fleets.

“Maybe for robotic platforms. That might be the first case,” he said, “because it’s about size and weight. If you took the amount of batteries with current technology that you would need to move an Abrams tank purely electrically, it’s bigger than the tank, so we have a packaging and storage problem when it comes to pure electric.”

Dean said the Army might initially prefer a hybrid option. “We’ve looked at that every couple of years. The question is: Are we there yet? I suspect we may be at the point where hybrid electric is probably there. You’re certainly seeing it broadly enough in the commercial space that there’s probably enough power density [that] can probably be packaged. Whether it’s durable enough? That’s still a question.”