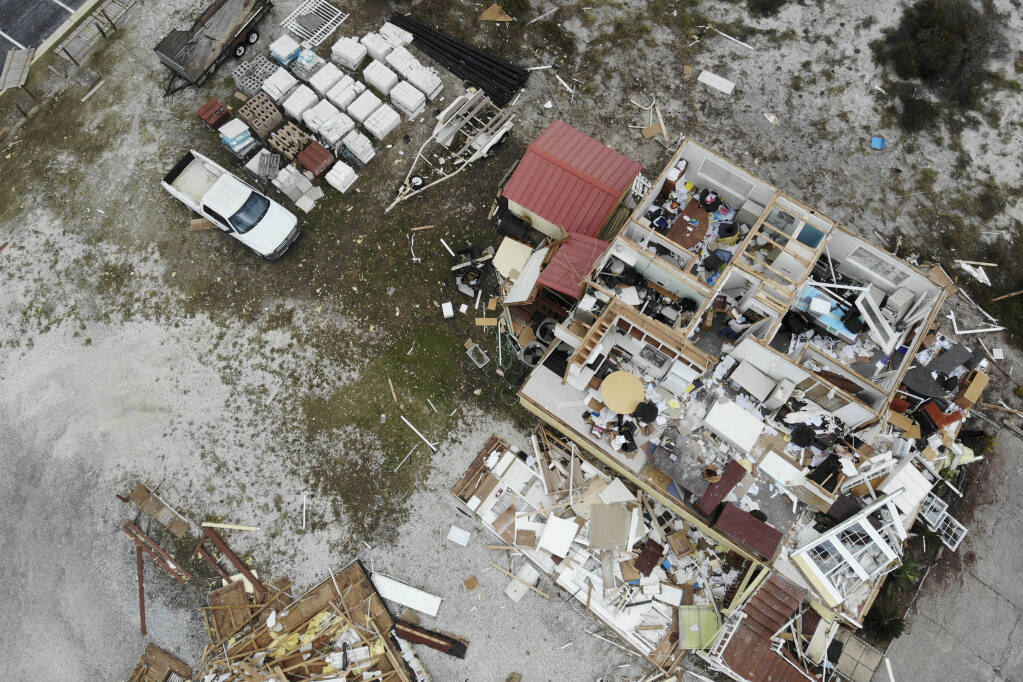 By late spring, the consensus among experts was unsettlingly clear: 2020 would be an abnormally active hurricane season. What the experts didn't anticipate was just how wild things would get.

As of Sept. 23, with more than two months left in hurricane season, the Atlantic had already spit out 23 named storms — roughly double its long-term average for an entire season. For only the second time in its history, the National Hurricane Center exhausted its regular list of 21 names last week and began using the Greek alphabet.

Few coastal zones in the Gulf of Mexico and along the East Coast have remained untouched. Nearly 90 percent of these U.S. shores have been under a tropical storm or hurricane advisory in 2020, with a record nine storms making landfall (tied with 1916).

The pace has been frenzied even by the standards of the busiest year on record, 2005. That season didn't make it to its 23rd tropical or subtropical storm until Oct. 22. This year, that happened more than a month sooner, on Sept. 18. That was also the only day in history on which the Hurricane Center has named three storms (Wilfred, Alpha and Beta).

While forecasters scramble to keep up, researchers are puzzling over what's made 2020 such a banner year.

One of the most obvious culprits is La Niña, whose arrival was confirmed by the National Oceanic and Atmospheric Administration on Sept. 10. La Niña, a semiregular cooling of the eastern tropical Pacific, tends to reduce the wind shear that can impede Atlantic hurricane formation. A La Niña is only present about every third hurricane season, though — so by itself, it doesn't fully explain why 2020 is so extraordinarily active.

Sizzling oceans, supercharged by climate change, may be an even bigger factor. Most of the tropical and subtropical Atlantic, including the Gulf of Mexico, has run warmer than average through the season, with sea surface temperatures (SSTs) at or near record values in some areas.