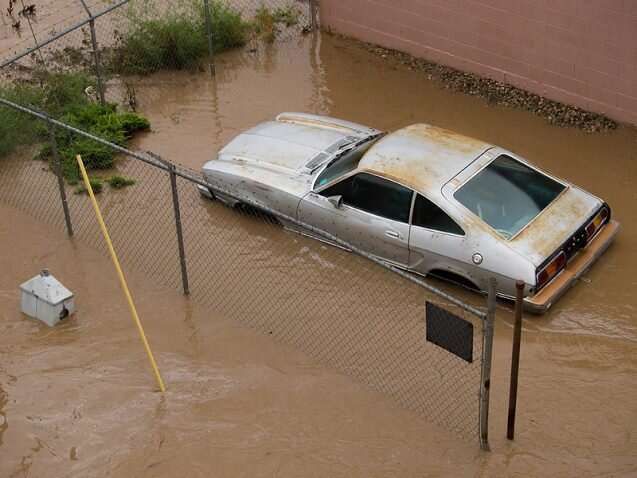 The U.S. Federal Emergency Management Agency (FEMA) estimates that around 13 million Americans are living within a 100-year flood zone. But over the last few years, researchers have found that the government's estimates are far lower than the ground realities.

A 2018 study published in the journal Environmental Research Letters states that, taking into account the risk of flooding from rivers, about 41 million people are exposed to flood risk. That roughly equals three times more than FEMA's estimates of residents who live in areas with a 1 percent chance of floods striking during any year.

A calculation in mid-2020 estimated that at least 14.6 million properties are located in the 100-year flood zone, according to First Street Foundation, a group of New York-based academics and experts.

The threat of frequent flood events is growing, thanks to climate change. And the number of people and properties at risk from climate change-related disasters—not just flooding—is growing, too. During a recent webinar hosted by the Earth Institute's Initiative on Communication and Sustainability, researchers explored why. State of the Planet followed up with some of the panel participants as well as other experts to learn more.

Stuck in a vicious cycle

"In America, we tend to say people should not have been living in these zones in the first place," said Alexander de Sherbinin, a senior research scientist at the Earth Institute's Center for International Earth Science Information Network. "I don't think we can blame people who live in flood plains or those who moved to remote areas in forests that are at high risk of wildfire. That's too simplistic."