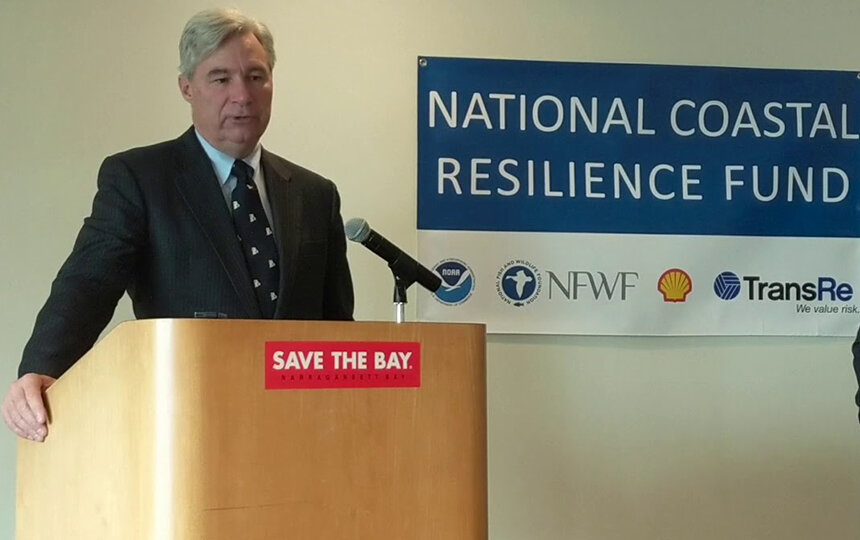 During a Jan. 8 interview with ecoRI News reporter Tim Faulkner, Sen. Sheldon Whitehouse, D-R.I., expounded on the unheralded and unexpected environmental and climate legislation stashed within the fiscal 2021 $1.4 trillion omnibus spending package passed by Congress and signed by President Trump in late December.

The National Resources Defense Council described the financial package as “perhaps the most significant climate legislation Congress has ever passed.”

Whitehouse explained the importance of the bill, which contains several of his Senate initiatives, and what’s ahead for the environment under the Biden administration. He also discussed Gov. Gina Raimondo’s environmental record, the Green New Deal, and the Sunrise Movement. The following is an edited version of their discussion.

Why is this spending bill significant?
When I first got to the Senate, climate was a very bipartisan issue. That all changed when Citizens United was decided in January 2010. But in 2007, 2008, and 2009 it was super bipartisan in the Senate. And what the fossil-fuel industry did with its Citizens United money is basically suppress any dissent in the Republican Party.

So from that day forward we’ve been in this situation in which Republicans have been politically captive to the fossil-fuel industry. So in this bill we had the chance to do a lot of small things that flew under the radar and we didn't make a lot of noise about. And the fossil-fuel industry is picking its fights these days and some of the big guns like the U.S. Chamber of Commerce have been blown up by some of their members, so now they’re less aggressive against climate-related measures.

We did not want to put a flag on a lot of this stuff; we just wanted to make sure we got it through in a bipartisan fashion and got it through this must-pass bill and didn't make a big commotion about it until it was done.