Arctic & Antarctica
An Icebreaker making the path for a cargo ship with an iceberg in the background near a port on the Alexandra Land island near Nagurskoye, Russia on May 17, 2021. (Alexander Zemlianichenko/AP) 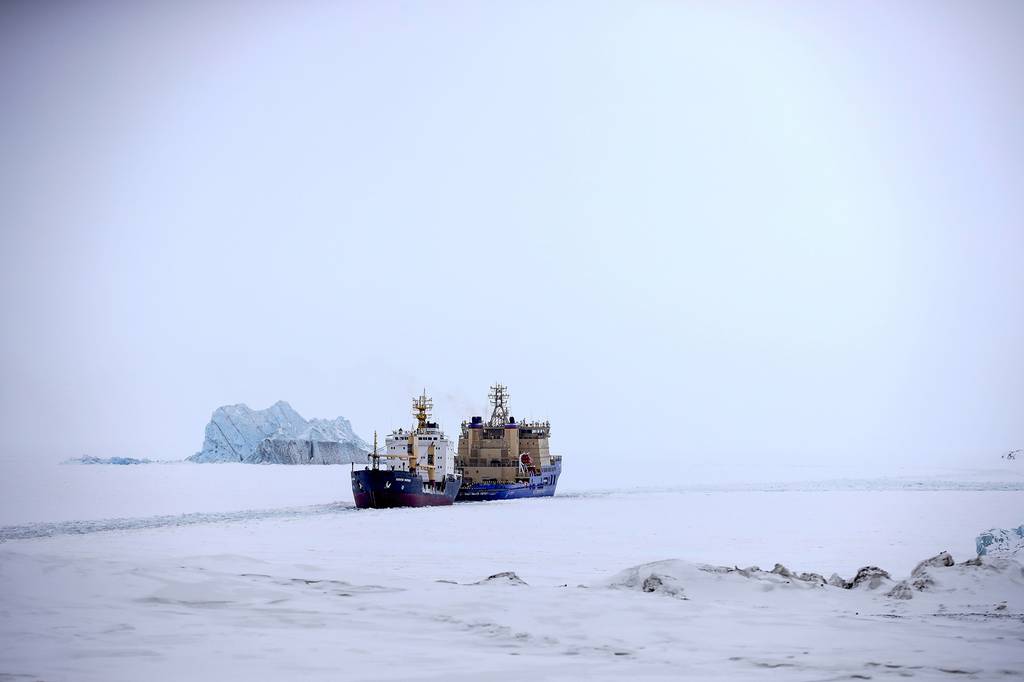 The new strategy identifies four pillars including an enhanced U.S. military presence, increased exercises with partner countries to “deter aggression in the Arctic, especially from Russia,” NORAD air defense modernization and additional Coast Guard icebreakers, as well as better mapping and charting of the region’s waters and weather.

“The United States will enhance and exercise both our military and civilian capabilities in the Arctic as required to deter threats and to anticipate, prevent, and respond to both natural and human-made incidents,” the security section of the strategy states. “We will deepen cooperation with Arctic Allies and partners in support of these objectives and to manage risks of further militarization or unintended conflict, including those resulting from geopolitical tensions with Russia.”

Russia has reopened and modernized hundreds of Soviet-era military bases in the region since the U.S. released its last 10-year Arctic strategy in 2013. The new strategy notes that Moscow is “deploying new coastal and air defense missile systems and upgraded submarines; and increasing military exercises and raining operations with a new combatant command equivalent for the Arctic.”

It also notes that Moscow’s invasion of Ukraine has exacerbated tensions in the region, rendering “government-to-government cooperation with Russia in the Arctic virtually impossible.” The strategy leave the door open for such cooperation to “resume cooperation under certain conditions” but predicts that this is “unlikely for the foreseeable future, it said.

China has declared itself a “near-Arctic” state and announced its intentions to build a “Polar Silk Road” in the region. The White House strategy notes that China “seeks to increase its influence in the Arctic through an expanded slate of economic, diplomatic, scientific and military activities.”

“Over the last decade, the [People’s Republic of China] has doubled its investments, with a focus on critical mineral extraction; expanded its scientific activities; and used these scientific engagements to conduct dual-use research with intelligence or military applications in the Arctic,” the strategy states.

The document vows that the U.S. will also “refine and advance military presence in the Arctic in support of our homeland defense, global military and power projection and deterrence goals.”

The U.S. maintains more than 22,000 active-duty troops in Alaska and also has a base in Greenland.