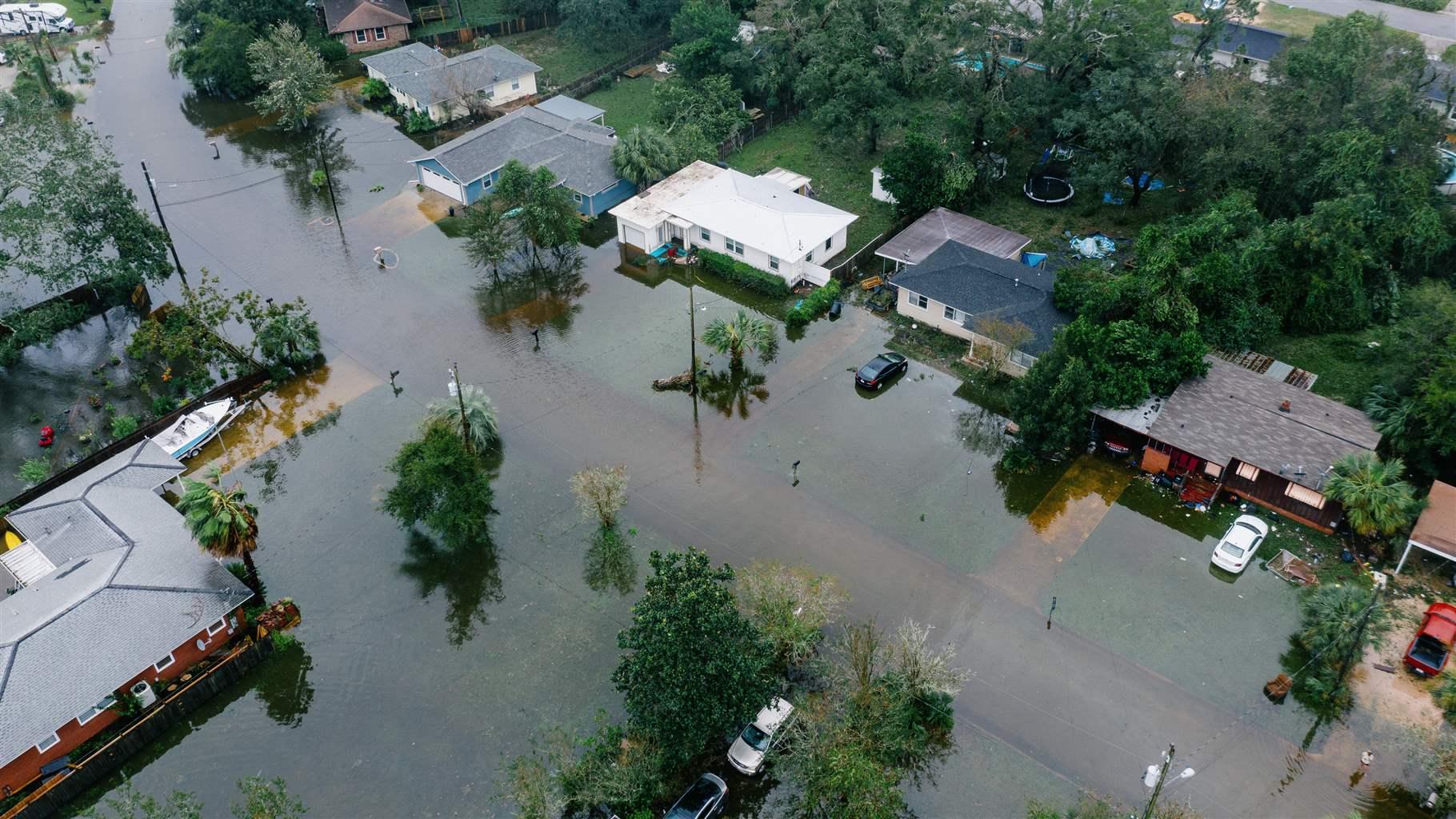 There has been no shortage of devastating and costly flooding across the U.S. this year. Relentless rains inundated communities in California with more than a foot of water in January; record deluges struck Arkansas in early June; storm surges and torrential downpours plagued much of the Gulf Coast and Eastern Seaboard during August and September; and an atmospheric river of moisture drenched the Pacific Northwest in November. With extreme weather becoming increasingly common, it is imperative that the country modernize its approach to addressing the growing threat of flooding. In January, we outlined three areas of action that the Biden administration and Congress should prioritize to better prepare communities for these events. As the year comes to an end, Congress and the administration have made considerable progress toward addressing these critical issues.

Among these successes, the Infrastructure Investment and Jobs Act, which was signed into law in November, includes unprecedented provisions to improve the resilience of communities and the roads, bridges, and other critical infrastructure they depend on daily; federal agencies released climate adaptation plans and rolled out initiatives to modernize outdated approaches toward pricing flood insurance; and President Joe Biden has issued executive orders to better protect federally funded projects from future risk.

Here are some of the highlights of the progress made since the beginning of the year:

The Biden administration and Congress are making strides toward accounting for future flood risk in federally funded projects. This includes the administration’s reinstatement of the Federal Flood Risk Management Standard (FFRMS), which had been revoked in 2017 and requires new federal investments in flood-prone areas to incorporate safeguards that account for the dynamic nature of flood risk.

In August, the Federal Emergency Management Agency (FEMA) announced an interim policy that partially implements the FFRMS for certain noncritical actions involving structures in flood-prone areas and are funded by the agency’s Hazard Mitigation Assistance programs. Implementing the flood standard is among the priorities in some of the climate adaptation and resilience plans that more than 20 federal agencies released in October. Pew urged all agencies to prioritize carrying out the FFRMS in comments responding to the Council on Environmental Quality’s request for public input on the plans.

In Congress, Representatives David Price (D-NC) and Lee Zeldin (R-NY) reintroduced the Flood Resiliency and Taxpayer Savings Act (H.R. 481) in January. The bill would codify a federal flood standard, making taxpayer-supported projects safer by directing federal agencies to ensure that they are planned and designed to withstand flooding throughout their lifetimes. The flexible framework outlined in the legislation would allow project designers to leverage the best available data in their planning process and consider a menu of options, including nature-based solutions, to lessen the effects of future flooding.

In April, FEMA announced a new rate-setting methodology for federally backed flood insurance policies called Risk Rating 2.0: Equity in Action. The initiative aligns National Flood Insurance Program (NFIP) rates more closely to risk, makes rates fairer, and encourages policyholders and communities to reduce flood risk. Instead of all policyholders experiencing rate increases—as they did under the previous pricing system—Risk Rating 2.0 decreases insurance premiums for more than 1 million policyholders nationwide. The updated rating approach went into effect for newly written NFIP policies in October and will apply to all existing policies in April 2022. Pew partnered with the Association of State Floodplain Managers on an interactive map that shows the new insurance rates across states and ZIP codes.