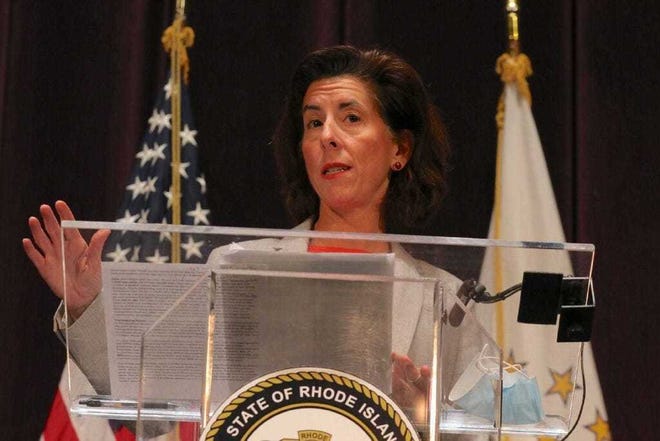 USA - What will Commerce Secretary Raimondo mean for America?

What will Gov. Gina Raimondo (Rhode Island) do in Washington if confirmed as President-elect Joe Biden's commerce secretary?

The U.S. Commerce Department is a sprawling, multi-part bureaucracy with responsibilities that stretch beyond helping businesses to protecting fish stocks, predicting the weather and counting the number of Americans. More recently it's even been charged with promoting economic activity in space.

Negotiating international trade deals, setting tariffs and promoting U.S. exports overseas is traditionally at the top of a commerce secretary's agenda, but like all other federal agencies, the job description depends on what the president decides it will be.

Current Commerce Secretary Wilbur Ross has been fairly low profile within the Trump administration, although he has been one of the few cabinet members to make it through Trump's full term.

Offshore wind: The National Oceanic and Atmospheric Administration falls within the Commerce Department and NOAA is the primary environmental steward of American oceans.

That means when new offshore wind farms are proposed, they need approval from one or more of NOAA's offices, something that has often proven challenging. (Offshore wind leases are granted by an agency within the Department of the Interior.)

In her time as governor, Raimondo has been aggressive promoting the offshore wind industry, along with other sources of renewable energy, and is generally viewed positively by the wind industry.