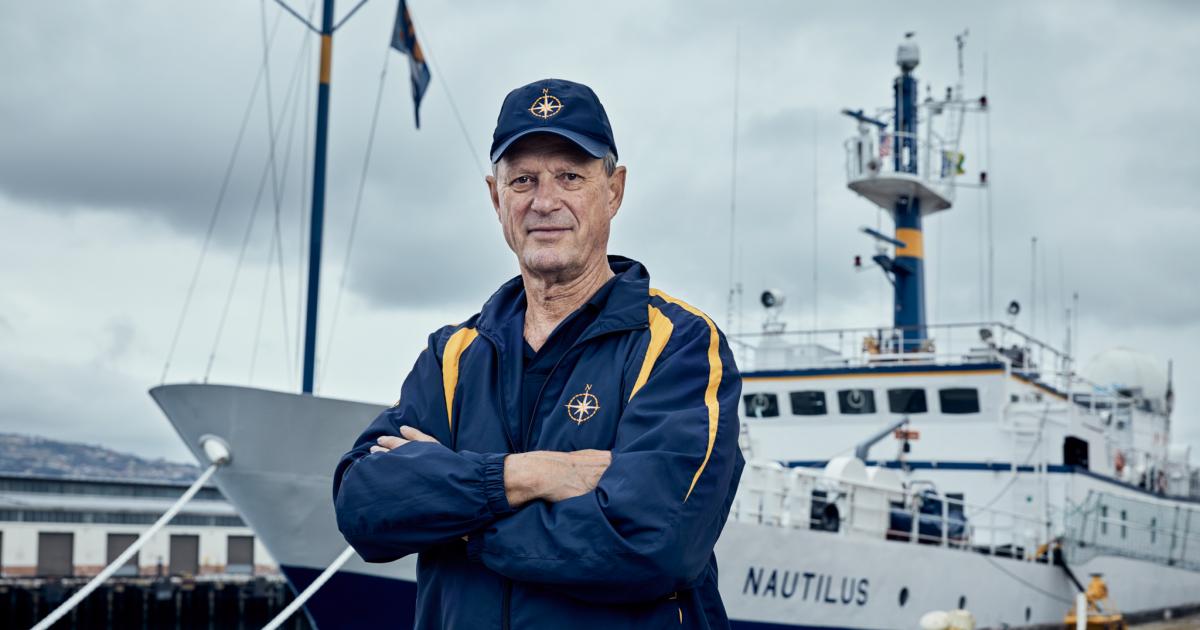 Secretary of the Navy Carlos Del Toro recently announced that the service’s next oceanographic survey ship will be named after deep sea explorer and discoverer of the RMS Titanic, Robert Ballard. It is a fitting tribute to Ballard’s six decades of significantly advancing the nation’s ocean science and technology capabilities.

My first encounter with Ballard occurred in 1986 when I was a third-class midshipman at the U.S. Naval Academy, where he delivered a presentation to the entire student body about finding the Titanic the year before. His high-tech tale of discovery not only mesmerized me, but it also launched me on my career in oceanography. Years later, as the Navy’s top oceanographer, I had the privilege of sailing with him during an expedition on his exploration ship E/V Nautilus. That cruise convinced me to fund other expeditions of his while I was the acting and deputy administrator of the National Oceanic and Atmospheric Administration (NOAA).

LISTEN ALSO: Tim Gallaudet, Host of the American Blue Economy Podcast, sits down with Robert Ballard in this great discussion from September 2021

The Life and Adventures of Bob Ballard, September 14, 2021

A look at the man behind the discovery of the Titanic!

In this special episode of the American Blue Economy Podcast, our host Rear Admiral(ret) Tim Gallaudet interviews renowned ocean explorer Dr. Robert Ballard about his book Into the Deep: A Memoir from the Man Who Found Titanic. Ocean mapping and exploration contribute to every component of the American Blue Economy, and we learn about many of Ballard's innovative advances in the field.  Longtime colleagues, Gallaudet and BalIard discuss their common connections and experience in ocean science, technology, and adventure. From the extreme depths  of the deep sea to the Halls of Congress, we discover that Ballard did much more than discovering famous shipwrecks and never-before seen scientific findings. He helped establish NOAA's Office for Ocean Exploration and Research, and he influenced the acquisition of the agency's first dedicated exploration ship Okeanos Explorer.  We learn that Gallaudet pursued a career in Naval Oceanography after seeing Ballard give a presentation on the Titanic at the US Naval Academy, and coming full circle 3 decades later with NOAA, he led development of the National Ocean Exploration Strategy and Plan based on Ballard's vision. The most compelling piece is learning about the person that is this great discoverer - the son, brother, father, husband, friend, and human being. Come dive into one of the most epic episodes this year!

Upon leaving NOAA, I interviewed Ballard on a podcast to discuss his 2021 memoir “Into the Deep.” It was enlightening to learn how his life’s accomplishments were far greater than what his mother called “finding that rusty, old boat.” Now that the Navy has decided to honor him with a ship name, it would do well to learn a few of his lasting lessons:

1) The Navy should put its oceanographers in positions that will realize their potential. When Ballard requested a transfer from the Army after receiving his undergraduate degree, the Navy wisely approved and detailed him to the Woods Hole Oceanographic Institute as an oceanographer and liaison to the Office of Naval Research. The results of this placement led to a revolution in marine research, where his first-time observations of the Mid-Atlantic Ridge’s spreading center, hydrothermal vents and black smokers off of the Galapagos Islands rewrote existing textbooks on geological, biological and chemical oceanography. Of particular interest to the Navy was his pioneering work with remotely operated vehicles (ROVs), which allowed him to collect video of the wrecks of the nuclear submarines USS Thresher and the USS Scorpion in the North Atlantic. This then-classified, cold war mission was the primary purpose of his Titanic expedition, the discovery of which gave the Navy a convenient cover story.

Today, the Navy has marginalized its cadre of oceanography officers by subordinating them under the Navy Information Warfare Community, where they are forced to dilute their training and experience in disciplines such as intelligence and cryptography. More myopically, the Navy has failed to employ oceanographers in the offices overseeing climate action, Arctic strategy and ocean policy. These issues are of national importance, and the Navy is wasting an opportunity by ignoring the expertise of the community that is best equipped to lead them.

2) The Navy needs to strengthen its seabed warfare capabilities. Ballard first spoke of a concept he called “undersea terrain warfare” during the International Seapower Symposium at the U.S. Naval War College in 1981. Blending his experience as an Army intelligence officer and marine geologist, he explained how geologic features on the ocean floor could be used by the Navy’s submarine forces in the same way that high ground provides tactical advantage in land warfare. It quickly won favor from Navy leadership, with then-Secretary of the Navy John Lehman endorsing it in a 1982 speech titled “Going for the High Ground in the Deep Sea.”

Also known as “seabed warfare,” controlling and defending against attacks on undersea infrastructure received recent media attention when two Nord Stream pipelines were damaged in the Baltic Sea at the end of September. Undersea communications cables have exponentially increased in recent decades, and the rapid rise in offshore wind development will drive a similar demand to deploy more powertransmission cables along the seafloor. These trends, combined with the ongoing growth in uncrewed underwater systems and their classified, seabed-based data and energy transfer requirements imply that the U.S. Navy needs to significantly bolster its capability in this domain.

3) The Navy must reinvigorate its investment in marine geology and geophysics research. While Ballard is renowned as an underwater archaeologist, he apparently considers himself primarily a marine geologist. Motivated by the fact that less is known about the ocean bottom than the surface of the moon and Mars, he founded the Ocean Exploration Trust (OET) in 2007 to conduct scientific exploration of the seafloor.  Since then, NOAA’s OET has remained a key contributor to the NOAA-led national strategy and implementation plan to map, explore and characterize the ocean.

The knowledge gained from Ballard’s expeditions is essential to advance the Navy’s seabed warfare capability. At his urging, the Office of Naval Research is reestablishing its Marine Geology and Geophysics Division. To maintain its narrowing competitive advantage over China in this area, the Navy must fully fund the research sponsored by this division and ensure more of the scientists supporting it are given the security clearances necessary to aid them in effectively enhancing capability development in offensive and defensive seabed warfare.

The USNS Robert Ballard will be the eighth Pathfinder class ship used by the Navy’s oceanography community to collect the data required for safe navigation and effective undersea warfare. A dramatic demonstration of the importance of such data occurred in 2004 when the submarine USS San Francisco struck an uncharted seamount in the South China Sea, killing one sailor, injuring 97 others and causing $134 million in damage. When the submarine USS Connecticut was severely damaged during a similar incident southeast of Guam in October of 2021, we were given another wakeup call that less than 50 percent of the seafloor is mapped to modern standards. Now is the time for the Navy to learn the lessons from its newest ship’s namesake and avoid a fate like that of the famous ship which he found.

Rear Admiral (ret.) Tim Gallaudet is the CEO of Ocean STL Consulting, LLC, former acting and deputy administrator at the National Oceanic and Atmospheric Administration (NOAA), and former acting undersecretary and assistant secretary of Commerce. Prior to NOAA, he served for 32 years as an oceanographer in the U.S. Navy completing his career as the commander of the Navy Meteorology and Oceanography Command and director of the Navy’s Task Force Ocean.