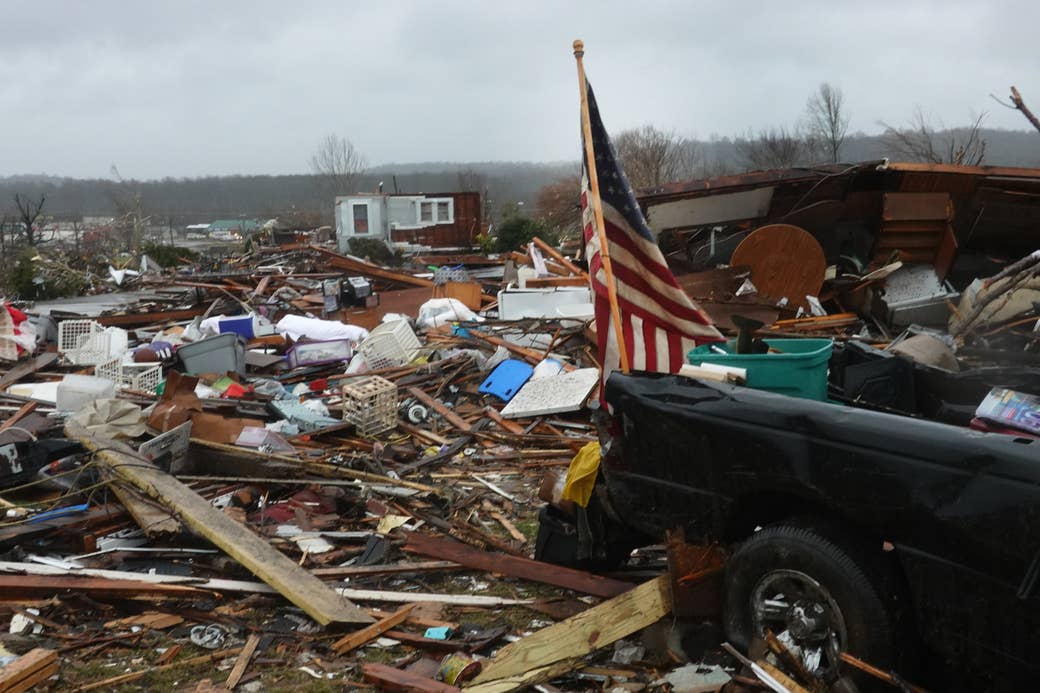 USA - We Don’t Know How Many People Are Killed By Extreme Weather. This Means Even More People Will Die.

No one is accurately measuring how many people are dying from climate change and extreme weather. This is a fatal mistake that takes pressure off political leaders.

The number of people who die from extreme weather in the US is being alarmingly undercounted. Without accurate knowledge of the true loss of human life, it will be hard to know how to save more people when the next disaster strikes. Families of the uncounted victims will struggle to get benefits, political leaders will not feel the pressure to better prepare, and people will not realize how lethal climate change really is in the US, right now.

As global warming brings more intense weather extremes, the need for more reliable data is literally a matter of life and death. Here’s how and why the data is so inaccurate.

Take the unprecedented heat wave that hit the Pacific Northwest in late June and early July. According to data downloaded from the National Oceanic and Atmospheric Administration’s Storm Events Database, supposed to be a key US resource on the impacts of extreme weather, only seven people died in Washington state from excessive heat.

During this time, emergency services were overwhelmed by calls for help, and coroners later recorded that dozens of people had died from heat-related illnesses; it's absurd to suggest that the death toll was in single figures. Having combed through death certificates, state authorities eventually put the number of people who perished in Washington at 119 between June 26 and July 2. Yet the toll for the state in NOAA’s database remained unchanged (the database was down at the time of publication).

Even more troubling is that the state’s toll of 119 is also a massive undercount. This is according to a BuzzFeed News analysis that examines how many more people die after a given event, comparing it to the number predicted from long-term and seasonal trends. This approach, known as an “excess deaths” analysis, is the most comprehensive method for estimating hard-to-tally death counts — it has been used, for instance, to calculate the full global toll from the COVID-19 pandemic.

For the Pacific Northwest heat wave, our excess deaths analysis represents the most complete accounting yet. In Washington state, it reveals that the heat wave likely killed more than 440 people there in the week ending July 3. And it suggests that another 230 or so people were killed that same week in Oregon — again more than that state’s list of 96 recorded heat wave deaths.

The Pacific Northwest heat wave is just one example of how official sources are failing to account for the full toll from extreme weather. “I think it’s critically important that we know how destructive these events are, both in terms of capital losses and human losses — and we don’t,” John Mutter, an environmental and social scientist at Columbia University who studies the impacts of natural disasters, told BuzzFeed News. “We could be off by a long way.” Experts agree that there is currently no accurate national database accounting for the lives lost to extreme weather.

With climate change already increasing the frequency or severity of deadly weather extremes, this official ignorance is a big and growing problem. “It’s extremely important, because you can’t manage something that you don’t measure,” Susan Cutter, who heads the Hazards and Vulnerability Research Institute at the University of South Carolina, told BuzzFeed News.

Solving this problem will require an overhaul of how deaths are recorded and sophisticated analytical methods to model the relationships between extreme weather and deaths. Right now, however, that isn’t a top priority for most state and federal agencies. By failing to account for the full toll so they can learn how to reduce it, government officials are missing chances to save hundreds or thousands of people from avoidable deaths, overheated or frozen in their homes or on the streets, or caught up in the chaos of a devastating storm.

In the US, the two main official sources of information on deaths related to extreme weather are NOAA’s Storm Event Database and the CDC, which is the main federal agency responsible for mortality statistics. On a global scale, severe weather deaths are tracked in an international database, EM-DAT, which covers a wide range of disasters from earthquakes to transport accidents, and is the World Meteorological Organization’s go-to source for information on deaths from weather and climate extremes.

This chart, derived from NOAA’s Storm Events Database, EM-DAT, and underlying causes of death recorded by the CDC from death certificates, shows how each source gives a different picture of the annual death toll in the US from extreme weather.