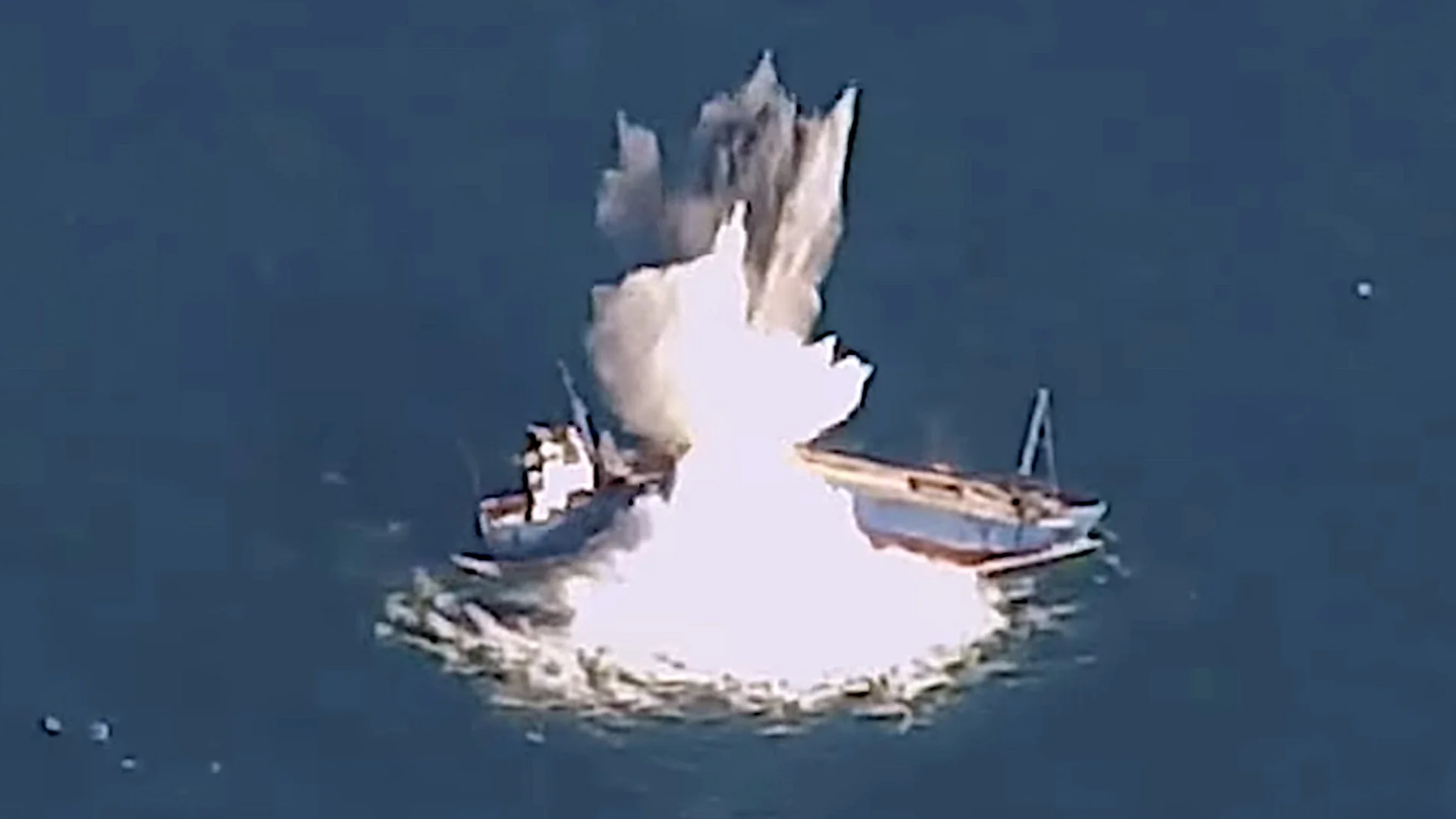 The Air Force has said it wants its new anti-ship version of the ubiquitous Joint Direct Attack Munition to have “torpedo-like” capabilities.

The U.S. Air Force has released a video showing a modified 2,000-pound class GBU-31/B Joint Direct Attack Munition, or JDAM, breaking a target ship in half during a recent experimental demonstration. This guided bomb is being developed as part of a program called Quicksink and you can read more about it in The War Zone's initial reporting about this test, which took place last week in the Gulf of Mexico.

The video clip shows the still-unidentified target ship bobbing in the water and possibly moving very slowly forward. The Air Force Research Laboratory (AFRL), which is managing the Quicksink program, told The War Zone that the vessel was an "old cargo ship," but did not provide any more granular details about it.

A single Quicksink munition is then seen striking what Air Force previously described simply as a "full-scale surface vessel," causing it to rise out of the water and its keel to visibly snap. What's left of the target then smashes back down into the water and quickly sinks. "AFRL and the 96th Test Wing took precautions to meet environmental requirements consistent with U.S. Navy ship sinking practices and the state of Florida environmental practices," AFRL told The War Zone.

The effect of the weapon's impact, at least superficially when it comes to this particular target, is reminiscent of what it looks like when a ship is hit by a heavyweight torpedo, such as the U.S.-made Mk 48. Since the Air Force first publicly announced the Quicksink program last year, it has been talking about its desire for the new munition to achieve "torpedo-like" kills.