Coastwide
This photo of a Nassau grouper appears in a complaint filed Tuesday against federal agencies that have missed the deadline to establish a critical habitat for the endangered predator fish. “A friendly fish with a playful personality,“ the species is in rapid decline due to habitat loss and overfishing. Courthouse News Service 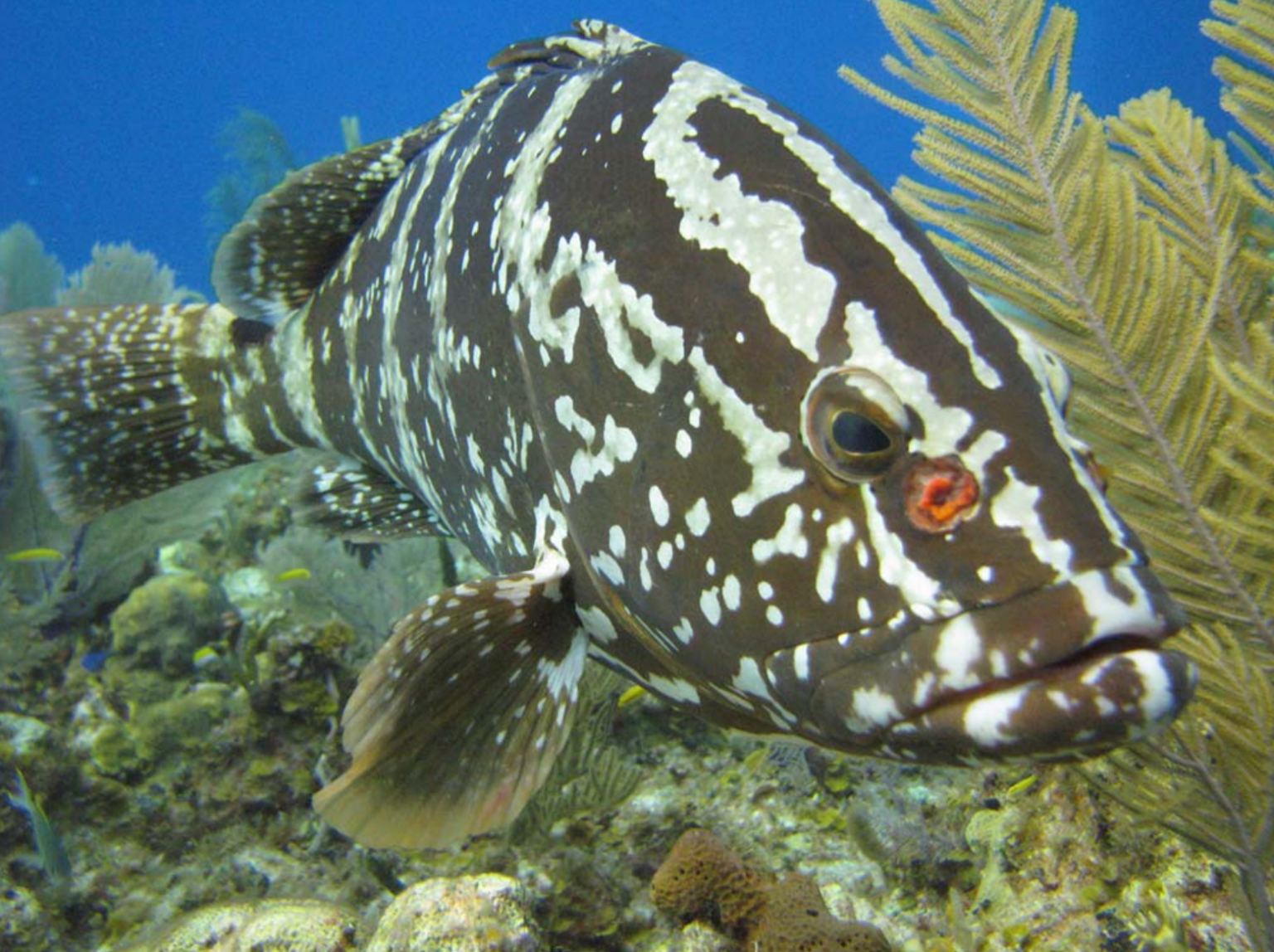 WASHINGTON (CN) — Conservationists sued the Trump administration on Tuesday for failing to protect the Nassau grouper, one of the largest coral reef fish, four years after it was designated a threatened species.

Growing up to 4 feet long and with zebra-like stripes, the large predator fish is found in the warm waters off the southern coast of Florida, in the U.S. Virgin Islands and Puerto Rico where it has become a favorite of underwater photographers.

The Center for Biological Diversity and two other conservation groups that sued Tuesday in Washington Federal Court note that the species is “a friendly fish with a playful personality, and is known to interact with scuba divers.”

Four years ago, the National Oceanic Atmospheric Administration listed the Nassau grouper as threatened under the Endangered Species Act, but the government has since failed to follow through with the safeguards that come with such status, including the designation of a critical habitat.

“There’s an ongoing pattern of the U.S. Fish and Wildlife Service, and the National Marine Fisheries Service to a certain extent, blowing deadlines and not following the statutory requirements of the Endangered Species Act,” Taylor Jones, endangered species advocate for WildEarth Guardians, said in an interview Tuesday.

Jones noted that the lack of funding for conservation work predates the current administration, which has otherwise been marked by its slow rolling of environmental-protection actions.

With a lifespan of up to 29 years, the Nassau grouper was once one of the most common groupers in the United States. But scientists warn overfishing has triggered a 60% decline in the species in recent years, making the need for action from the government urgent.