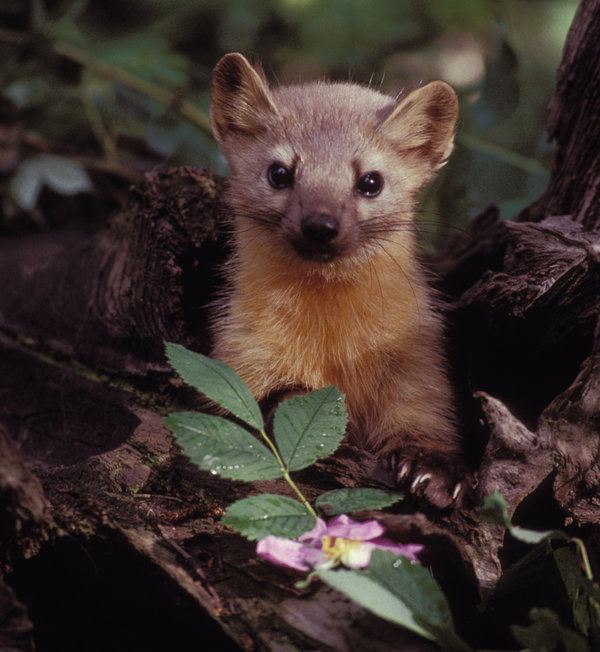 Service continues to work with partners for marten conservation

The U.S. Fish and Wildlife Service has determined that the coastal distinct population segment of the Pacific marten, known as the coastal marten, warrants listing as a threatened species under the Endangered Species Act (ESA).

This secretive, cat-sized mammal in the weasel family lives in coastal Oregon and northern coastal California. It requires mature, structurally complex forest stands with a dense understory. Catastrophic wildfire and historic timber harvest activities threaten habitat of this type in the species’ range.

Historically, the coastal marten lived throughout the coastal forests of northwestern California and Oregon. These mammals have lost over 90 percent of their historical range and currently exist in four small and isolated populations.

The Service evaluated the threats to coastal marten populations including impacts from habitat loss, catastrophic wildfire, changing climate, vegetation management, exposure to toxins, predation, trapping, vehicle mortality and potential effects associated with small and isolated populations. After evaluating the latest scientific and commercial data, the Service concluded that the impact of these threats warrants listing the population as threatened.

“The Service worked closely with federal, state and local partners to help determine the best available science regarding this decision,” said Paul Souza, regional director for the Service’s California-Great Basin Region. “We are honored to work with such a robust and dedicated group of stakeholders to learn more about the species and find creative ways to conserve and recover the coastal marten, while reducing the potential regulatory burden on landowners.”