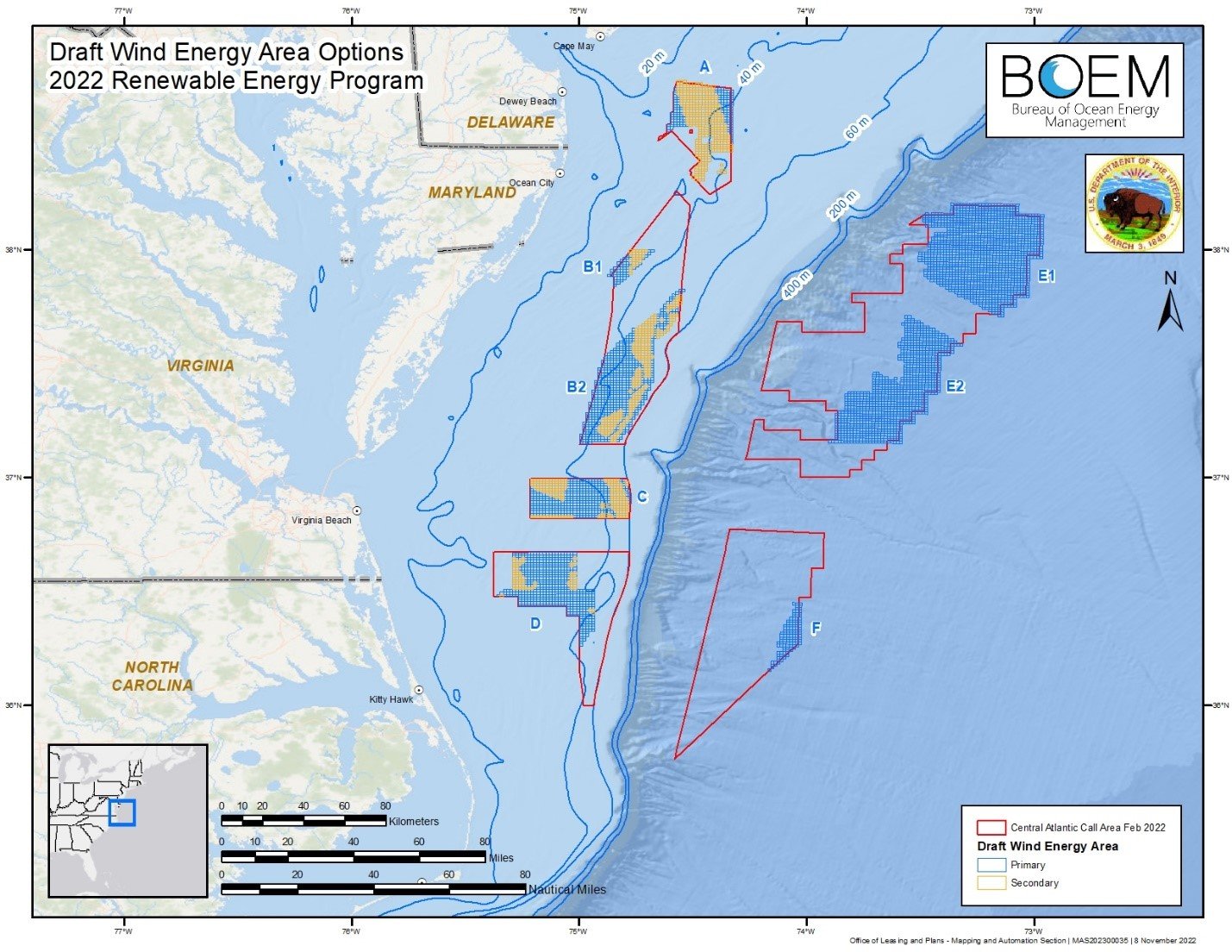 The closest points of the draft WEAs range from approximately 19 to 77 nautical miles off the U.S. central Atlantic coast and the draft WEAs represent only a subset of the original 3.9 million acres of the Call Area that the Department of the Interior announced for public comment in April 2022.1

A map of the draft WEAs follows:

Next, BOEM will accept public comments on the draft WEAs through December 16, 2022, and it will hold two virtual meetings to engage the fishing community and environmental organizations to gather more information on the draft WEAs and discuss next steps. These meetings will be open to the public and will be held on the following dates and times:

Register for BOEM's meeting with fishing community and related interests

After incorporating feedback from government partners, ocean users and stakeholders, the final WEAs may be further reduced. BOEM acknowledges that there may be potential conflicts with the draft WEAs and is specifically seeking comment on a potential U.S. Coast Guard (USCG) safety fairway for vessels, commercial fishing, a NASA danger zone, and marine habitat areas. BOEM intends to further explore these areas with the Department of Defense, USCG, NASA, and other ocean users, such as the fishing industry, to collect additional information that should be considered before finalizing the WEAs.

Once the final WEAs are set, BOEM will prepare an Environmental Assessment (EA) under the National Environmental Policy Act. As it has done with other WEAs, the EA will analysis the potential impacts from leasing within the final WEAs and from site characterization and assessment activities expected to take place after leases are issues.

US Gulf of Mexico Offshore Wind – Louisiana and Federal Updates

Offshore Wind and the US Inflation Reduction Act