Coastwide
A wind turbine is installed off the coast of Virginia last month for Dominion Energy. Developers say U.S. coastlines are poised for a boom in offshore wind. via Orsted 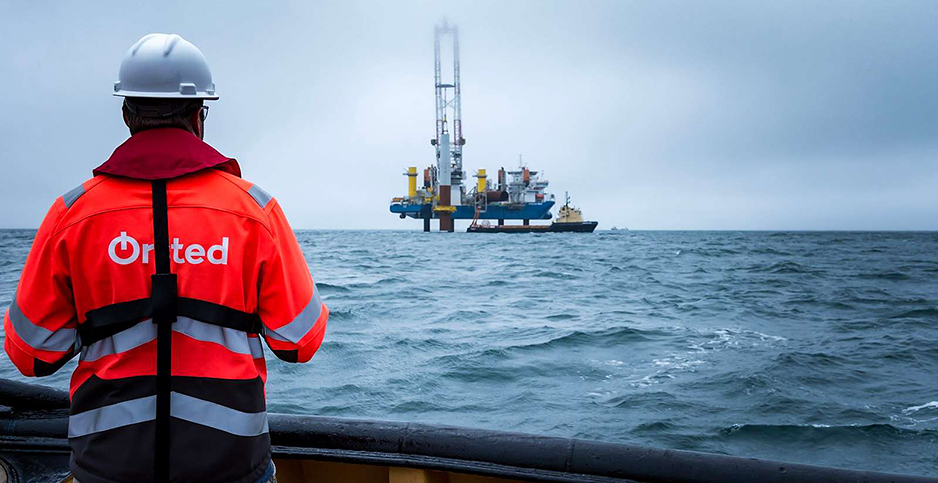 When construction was completed last month on two wind turbines in the rolling Atlantic waters off the Virginia coastline, it marked the passage of a key milestone.

It was the first commercial project built in federal waters and also the boldest plunge yet into this European-dominated business by a U.S. energy company.

"It's part of our commitment to be the cleanest energy company in the United States," announced Dominion Energy Inc., a Richmond, Va., company that serves over 5 million customers.

The Department of the Interior, which leases offshore wind tracts, has approved 16 projects altogether and an additional seven proposals under review, the agency said. The operating leases are located exclusively on the East Coast, and the list of companies involved in those ventures is likely unfamiliar to most Americans.

Ørsted A/S, a Danish company, is by far the biggest player. It owns or is a partner in seven leases, including one with Dominion. The two turbines built by Dominion are on a test plot next to a larger proposed wind farm that Dominion plans to begin construction on in 2024. Ørsted has developed 26 wind farms around the world.

Also operating along the East Coast are a cluster of other utilities or oil and gas companies from Denmark, Norway, the Netherlands, Germany, Portugal and the United Kingdom. They began to dominate the global offshore wind industry 10 years ago. By now, they have built over 4,000 wind turbines off the coasts of 11 countries. The market's growth was stimulated, in part, by Japan's Fukushima Daiichi Nuclear Power Plant disaster in 2011.