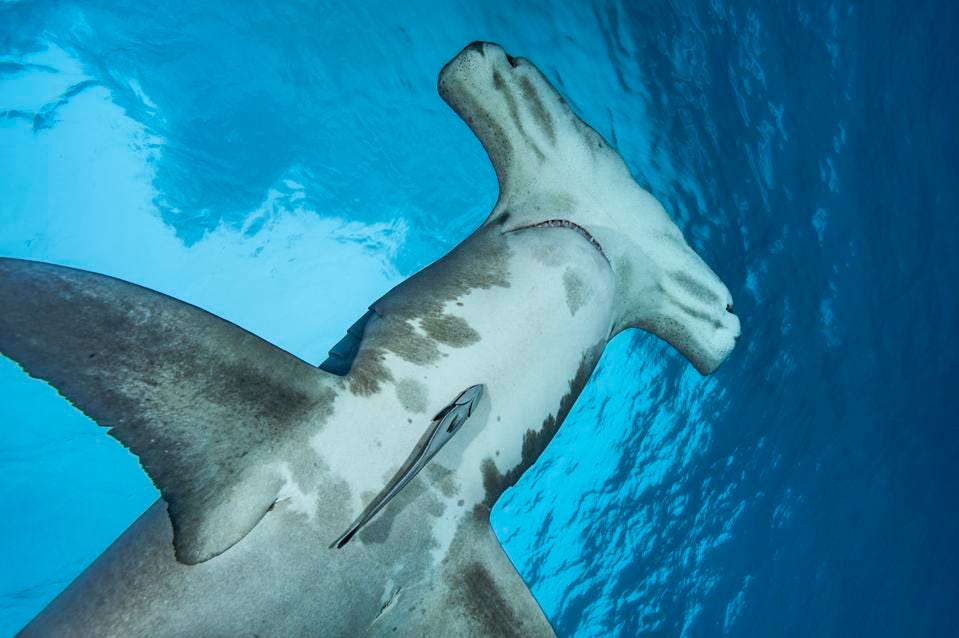 It was a report many were looking forward to - whether or not the United States National Marine Fisheries Service (NMFS) would decide for or against adding the great hammerhead shark (Sphyrna mokarran) to the Endangered Species List (ESA).

Known for its unmistakeable hammer shaped head and a tall first dorsal fin, these nomadic, generally solitary, and highly migratory species have a circumglobal distribution. The largest species in the Sphyrnidae family, it was listed on the International Union for the Conservation of Nature (IUCN) Red List as Critically Endangered due to being caught globally as target and bycatch in coastal and pelagic large- and small-scale longline, purse seine, and gillnet fisheries. Retained by many fishers for its large fins, combined with high bycatch mortality, makes this long-lived predator vulnerable to overfishing pressures. With this evidence, many hoped for good news today. Instead, they received disappointing news.

On June 16, 2022, the NMFS received a petition from the Center for Biological Diversity (CBD) to list the great hammerhead shark as a threatened or endangered species under the ESA and to designate critical habitat concurrent with the listing. The CBD argued that the 2019 assessment carried out by the IUCN had designated the species as “critically endangered,” which meant “the species satisfies the listing criteria under the ESA.”